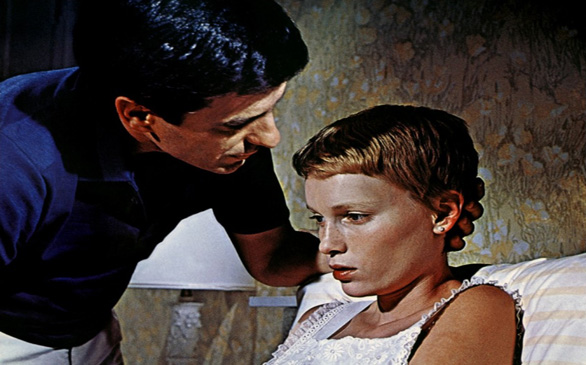 There is a fine line that must be drawn at some point in a filmmaker’s career, a line that separates the personal from the professional. Of course, the two collaborate and often conspire to make or ruin someone in the public eye, but it comes with the territory of being famous. Michael Jackson couldn’t always distinguish the line, Bill Clinton had his personal affairs affect his career, and the private feud for Brad Pitt forced us to choose: Jen or Angie.

But no one rocked the public scandal like Roman Polanski. You know the name, but can’t place the person? He’s a big director who has made some of our favorite horror films and thrillers. But he really became a household name in 1977 when he was arrested and later pleaded guilty for the sexual abuse of a 13-year-old girl. To avoid sentencing in the United States, he fled to his home in London, and then to France.

His case was recently brought back into the news when, in 2009, he was arrested by the Swiss police to be extradited back to the United States, though he was let go the following year and declared a ‘free man.’ Regardless, he is an amazing filmmaker and a treasure to this country, which Polanski hasn’t seen since 1977.

The American Cinematheque is holding a four-day tribute to Polanski, whom they view as one of the great writer-directors of our time. It can be said with full confidence that he revolutionized the horror genre and reinvented the conventions of the surreal thriller for generations of filmmakers after him.

If you want to catch “Traumatic Rendition: A Roman Polanski Retrospective,” screenings take place at the Egyptian Theatre in Hollywood. Each of the four days contains a double feature billing, and each double feature has at least one title that is essential for horror lovers the world over.

On Thursday, Jan. 27, the American Cinemateque features Knife in the Water (1962) and a reinvention of Shakespeare’s classic play Macbeth (1971). Co-written by Jerzy Skolimowski, Knife in the Water plays with your innate claustrophobia. If you don’t have a fear of tight places, you will after watching this film. One of his lesser-known works, by no means is it any less superior than his others. Centered around three characters – a husband, his wife and a random hitchhiker – the film escalates into downright violence. Polanski’s version of Macbeth isn’t your typical Shakespeare. He turns the British classic into a splatter-filled journey with some prose intermixed.

On Friday, Jan. 28, Chinatown (1974) and The Tenant (1976) are the two films shown as a double feature. Chinatown is the quintessential film for the city of Los Angeles netherworld, one in which a 1930’s private eye (Jack Nicholson) uncovers a pool of lies, incest and murder. Polanski stars in and directs The Tenant, a sick and twisted story about a man who learns the last inhabitant of his apartment committed suicide. He begins to reach increasing paranoia and insanity as he slowly becomes the prior tenant and suspects his neighbors want a similar fate for him.

If you had to pick one day of the four-day Polanski marathon, you would be safe and satisfied in attending Saturday, Jan. 29, when the American Cinematheque has on tap a double feature of horrific proportions. Repulsion (1965) was Polanski’s second film and his first shot in English. One of my all-time favorite psychological thrillers, Repulsion has a warped and demented sense of humor that only a horror enthusiast could appreciate. Catherine Deneuve stars as a beautician who is irrationally disgusted with men and is thrown headfirst off the deep end when her sister leaves for the weekend with her boyfriend.

The second film is the first film that made me scared to go to bed as a child. Rosemary’s Baby (1968) is not a light one to pick off the shelves on a rainy day. Starring Mia Farrow and John Cassavetes as a young couple expecting a baby, the film is horror at its finest and may very make you believe in the existence of worldly evil.

The series closes Sunday, Jan. 30, with Cul-de-sac (1966), a criminal thriller, and The Fearless Vampire Killers (1967), a film about vampire slaying far before it was the cool film to make. Polanski, apart from his personal drama that has spanned decades at this point, is still one of the most highly revered and talented directors in the industry. Sometimes, a quality scare is all you need.