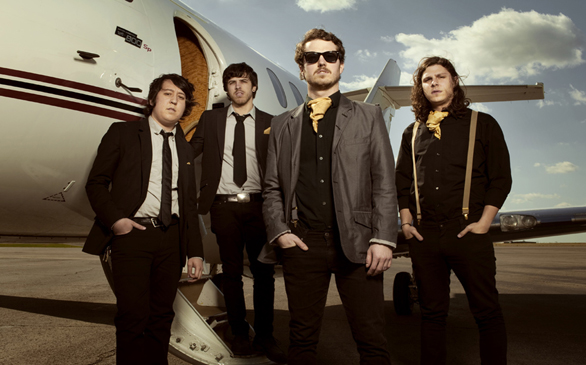 In the “what’s-in-a-name” department, the Young International certainly seem to live up to the “young” part, and I’m talking about as a band, not about the members’ ages (which are also young). The guys say they’ve been honing the tunes for this five-song EP for five years, but then again the Nashville-based quartet just played their first gig last December.

You have to wonder what’s up with that, but regardless, the situation is not a reflection on the quality of music, which is quite polished. In fact TYI had a song, not included here, good enough to be placed on the soundtrack of the recent NBC movie A Walk in My Shoes.

The leadoff track on this debut recording is called “Ruckus,” but it’s not literally about making noise; it’s about diving headlong into a love relationship. “Gravity” is also a relationship song and, like “Ruckus,” is a slickly produced pop number featuring guitars that ring clear, emotion-laden vocals from Kaleb Jones and most importantly, a catchy chorus. “Straight Line” though is perhaps this brief offering’s best number; the mash-up of U2 and L.A. cool assures that “everything is gonna be alright” even though Jones’ vocals convey the feeling that things could go off the rails at any moment.

The Young International is currently available.