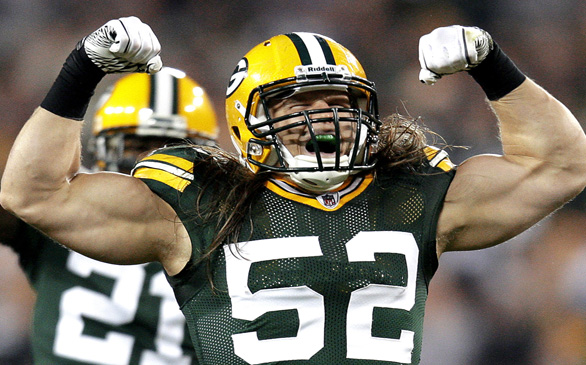 Lights, camera, action: The stage is set in Dallas, Texas, to host Super Bowl XLV where the Pittsburgh Steelers and Green Bay Packers will face off in the biggest game of the year. The Steelers and Packers bring in the two most talked about defenses and explosive offenses in the NFL. These two teams have now combined for a total of 13 Super Bowl berths – eight of those belonging to the Steelers, who tie with Dallas for most all-time appearances – and nine championship titles – three of which belong to the Packers – which is the most ever for two teams heading into a Super Bowl matchup.

Last time both teams met was during week 15 in 2009 in an offensive shootout. The game ended with a game-winning touchdown by Steelers quarterback Ben Roethlisberger to wide receiver Mike Wallace as time expired; final score 37-36. Both quarterbacks, Roethlisberger and Aaron Rodgers, combined for almost 900 passing yards in a fourth quarter that had more than five lead changes.

The Steelers are going into Sunday’s matchup with great confidence, winning two of the past five Super Bowls, while the Packers are now the first sixth seed from the NFC to ever reach the Super Bowl. Although these are familiar waters for Roethlisberger and the Steelers, this is Rodgers and the Packers first Super Bowl since he was drafted in 2005, and the Packers went back-to-back in the 1996-1997 seasons.

The Steelers have had home-field advantage throughout the playoffs beating the Baltimore Ravens and New York Jets. Largely this is thanks to their fierce defense, one of the best in the NFL.

The Steelers completely shut down the running game of the Jets, only allowing them 70 yards rushing. The Steelers run zone defense works to put pressure on the quarterbacks. Linebackers James Harrison and LaMarr Woodley combined for almost half of the Steelers league-leading 48 sacks.

One of their biggest weapons on defense continues to be All-Pro safety Troy Polamalu. For the past two seasons the Steelers were 17-4 with Polamalu on the field and 6-7 without him. Those numbers speaks loudly of the leadership, dedication and production he brings to the team. In this season alone Polamalu has had 63 tackles, seven interceptions and one forced fumble. He has battled with an injured Achilles tendon throughout the playoffs but participated in a full practice this past week, and the two weeks of rest should have helped him get ready. His presence on the field is crucial to the Steelers’ success in the Super Bowl.

But that’s not the only injury the Steelers are faced with as center rookie corner Maurkice Pouncey suffered a broken bone in his left ankle along with a previously noted high ankle sprain. Regardless of his remarks that he would play, his status for playing in the Super Bowl remains “highly doubtful,” according to the Pittsburgh Post-Gazette. If Pouncey doesn’t start, center and right guard Doug Legursky will take his place at the starting position.

The Steelers’ starting cornerback Bryant McFadden has a strained abdomen, being limited in minutes during the Jets game, and his appearance is still questionable. McFadden had 81 tackles, two interceptions and two forced fumbles in the 2010 season. If for any reason McFadden does not start, cornerback William Gay will take his place.

And the list only gets longer as Steelers wide receiver Emmanuel Sanders and left tackle Jonathan Scott both have a foot injury, and special teams’ Will Allen has a knee injury. Although all three did not practice, Allen is the only one whose injury might keep him out of playing in the Super Bowl.

Looking on to offense, the Steelers have developed other players throughout the season, such as running back Rashard Mendenhall, who had over 1,200 yards and 13 touchdowns during the 2010 season. Mendenhall’s consistent performance in the playoffs has allowed the Steelers to spread out their offense. His running game provides balance to the Steelers, who have been known to mostly throw the ball.

Roethlisberger will have to be almost perfect as he goes head-to-head with Rodgers. Roethlisberger is known for his footwork and ability to extend plays and/or running to get the first down. In this season alone, he has over 3,000 passing yards, 17 touchdowns and only five interceptions. He will have to maneuver outside the pocket and place the ball in the hands of wide receiver Hines Ward, who had more than 700 yards on the season with five touchdowns.

Wide receiver Mike Wallace is one of the young players on offense whose explosive talent gives the passing game a vertical element. Since Ward continues to make tough catches up the middle, Wallace provides a deep threat. Regardless of the Steelers’ injuries, they have one of the most complete offenses.

The Steelers will win if they can contain red-hot Rodgers and keep him off the field, limiting his time. Rodgers struggled against the Chicago Bears in the NFC Championship (He threw two interceptions.). If the Steelers replicate that pressure, they will create turnover opportunities.

But Rodgers is not one to be intimidated easily by black and yellow or any other colors. Throughout the playoffs, Rodgers has produced the highest passer rating in postseason history. Rodgers passed for almost 4,000 yards and 28 touchdowns in the regular season.

Rodgers, like Roethlisberger, has the capability to move in and out the pocket and make plays using his legs whether he is running for a touchdown or a first down. He is the main reason why the Packers have won three playoff games on the road, taking out the Philadelphia Eagles, Atlanta Falcons and Chicago Bears. Rodgers does a great job of distribution of the ball. Although he has relied on his receiver Greg Jennings most of the postseason, he has had four other players with 45 or more catches.

Jennings has to be one of the Packers’ most explosive offensive players. His outstanding athleticism has led him to his third-straight, 1,000-yard season. His versatility also provides a deep threat that matches up well with that of Wallace.

The Packers are just full of surprises. Rookie running back James Starks got his first career start in the wild card game versus the Eagles. Since then, he has made a name for himself. The Packers running game has gotten a late-season boost from this unlikely hero. His breakthrough performance in the playoffs added much-needed balance to this football team. Starks has 263 yards rushing in the playoffs and is the postseason leading rusher. This allows the Packers to spread the Steelers’ defense, helping them utilize their running game effectively.

But Starks isn’t the only rookie making a name for himself this playoff season. Rookie cornerback Sam Shields has produced two crucial interceptions during the NFC Championship game versus the Bears, one of them being the game winner. The game-winning interception came during the final minute of the fourth quarter when Shields intercepted quarterback Caleb Hanie as he aimed for the end zone, sealing the Packers’ 21-14 win.

On the defensive end, the Packers have one of the biggest weapons in linebacker Clay Matthews. Matthews ranked fourth in the NFL for most sacks with 13, adding 3.5 more in the playoffs. His ability to read offensive plays has allowed him to put pressure on quarterbacks. In only his second season in the NFL, Matthews leads the candidacy for NFL Defensive Player of the Year award.

The Packers’ defense has gotten stronger as well with the presence of cornerbacks Charles Woodson and Tramon Williams. Woodson had 92 tackles, five forced fumbles and two interceptions on the season, while Williams led the Packers with six picks in the regular season, adding three more in the playoffs (one which was a game winner). Williams intercepted Michael Vick in the end zone during the wild card game, sealing their 21-16 win over the Eagles.

In order for the Packers to bring home a fourth Super Bowl title to their franchise, they must contain Roethlisberger and not allow him to break free from the pocket and extend plays. They have to keep down the Steelers’ third-down conversion rate and make plays on the ground as well as in the air.

In this Super Bowl matchup, expect both defenses to come out aggressive and ready to make pivotal plays. Although the Steelers are 6-1 in the Super Bowl and have won their last three games against the Packers, anything can happen on any given Sunday.

Although the Steelers have 25 players on their current roster with previous Super Bowl experience, as opposed to only two players on the Packers, the Packers have what it takes to create one of Super Bowl’s biggest upsets and bring home the Lombardi Trophy.

In the words of Woodson, “See you at the White House. Go Packers.”