“The Black Version: Black in 2011”: Mondays through March 14 @ Groundlings Theatre 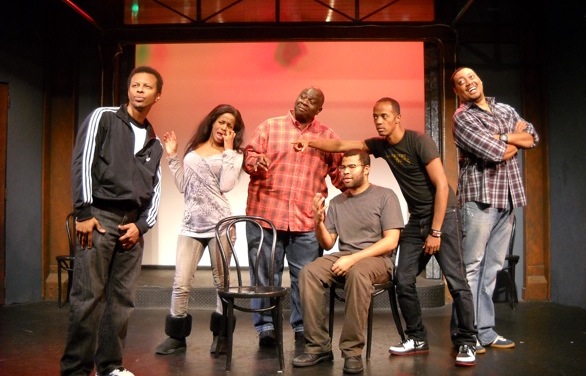 How did the concept for “The Black Version” come about?

I shot several shorts based on this concept a couple of years ago. We did three to four-minute shorts of titles like When Harry Met Sally… [and] Jerry Maguire. I think the best two were The Silence of the Lambs and Grease, which was particularly fun because it was a musical.

Why is black cinema so funny to make fun of?

It’s not so much that we are making fun of black cinema as much as it is making fun of the idea of doing black versions of anything, because the concept in the real world is fairly ridiculous (in my opinion), and it’s more about having fun with the idea of what stereotypes of black culture come to mind when you hear that they’re making a black version of one of your favorite films.

What are some of your favorite black comedies?

I don’t really break my comedies up by black and white, but one of my all-time favorite comedies about an aspect of black culture is certainly the movie Friday with Ice Cube and an amazing performance by Chris Tucker.

Who are some of your favorite black comedians?

I do break my comedians up by black and white, although my favorite by far (regardless of race) is Richard Pryor, because all of his comedy came from such a real and honest place, and he made it funny by making it relatable to everyone in his audience. Next would be Eddie Murphy, because there’s never been a comedian with better acting ability, which is the secret to why he makes us laugh so hard. There are many more I could add to this list, but they’re white, so I won’t.

Have people compared you to anybody?

I’ve never really been compared to any other comedians, which I choose to take as a compliment. Hopefully, it means I have my own style and not that I suck. Although, I used to get told a lot that I look like the singer Tevin Campbell.

What do you love about improv?

I love the freedom of improv. It leaves room for so many moments where I am genuinely surprised.