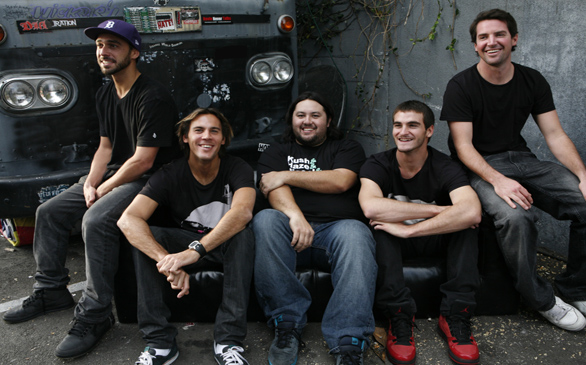 This Santa Barbara-via-Hawaii band has had songs inhabit the reggae charts at iTunes, they often play reggae festivals and their band name gives a nod to the Rasta patois of Jamaica, the home of reggae music. It therefore is only natural that they are pegged as a reggae band. But perhaps it would be more accurate to refer to Iration as a reggae-influenced band, a subtle but important distinction the quintet seems intent on making with the release of the five-song EP Fresh Grounds.

No band likes to be pigeonholed, but songs like “Can’t Wait” and “Work It Out” seem to be designed to branch the band out a little bit; a reggae rhythm gives buoyancy to the former, but otherwise the instrumentation is jazzy rock and the latter is mellow, acoustic guitar-driven, California-cool jazz rock without any hint of island flavoring.

The slow and aching “No Letter” is a showcase for the emotive vocals of frontman Kai Rediske but also devoid of reggae sounds; that leaves the classic reggae beat of “Summer Nights” and the modern, rocked-up reggae of “All This Time” as the only songs here that really fit the band’s current profile. But that’s clearly the idea behind Fresh Grounds: to blur the lines, and to that end, Iration has done the job while holding firmly to the catchy hooks their fans love them for.