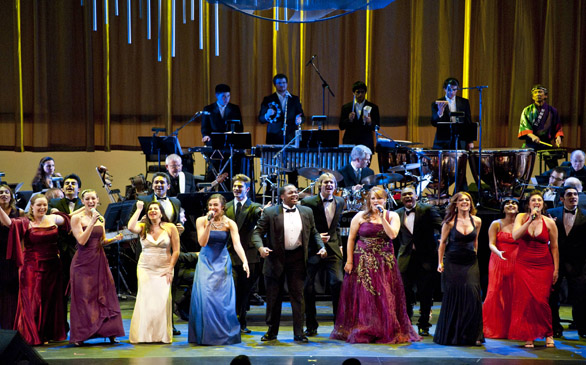 The Valley Performing Arts Center (VPAC) opened its doors to the CSUN and surrounding communities at a special gala on Jan. 29 and kicked off their inaugural season with a concert by Shawn Colvin and Loudon Wainwright III.

VPAC’s house won’t be seeing too many empty seats this spring 2011. With a sold-out performance of “Swan Lake” from the Russian National Ballet on Feb. 8 to a nearly sold-out closing show with Patti LuPone and Mandy Patinkin on May 21, VPAC can already smell success.

“We’re doing really well,” says CSUN Dean Robert Bucker. “We’re trying to appeal to an audience that we know we have based on our past experience here. And we’re also trying to identify a new audience. So there’s a great deal of variety and diversity in this season.”

After establishing this year’s lineup by the spring of 2010, Bucker is already busy booking guests for the 2011-2012 season.

“It’s not all about trying to bring in our entertainers, our speakers that our crowd audience will find attractive, but also bring in people who haven’t ever considered coming to events here at [CSUN],” he says.

Bucker expects VPAC to be a venue that both students and outside residents can enjoy.

“It’s a stunningly beautiful building. It’s a facility that was built with both public dollars and private dollars, so it is a facility for the entire region,” he states. “The exciting thing for me is seeing the house filled with people.”