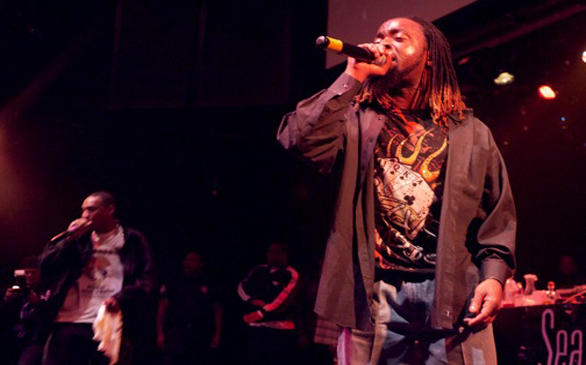 Nothing but good old rap music.

The Ying Yang Twins put on an unforgettable show at the Key Club in West Hollywood. Originally from Atlanta, Ga., both Kaine and D-Roc delivered from the start until the finale.

Several singles dating back to 2000 were performed, including the hits “Whistle While You Twerk” and “Say Yi Yi.” Notorious for their energetic spirit on stage while rapping, the Ying Yang Twins simply lit up the entire night at the club, which was filled with a large population of college students and other young adults.

This American crunk rap duo placed a fire in everyone’s body with performances of “Salt Shaker,” an electrifying, up-tempo danceable track. But the biggest crowd pleaser and favorite was “Get Low,” a mainstream popular tune that Lil Jon crafted with as a hot collaboration with the duo.

A resplendent event for music, the Ying Yang Twins gave Los Angeles a great dose of crunk rap in their 70-minute set.