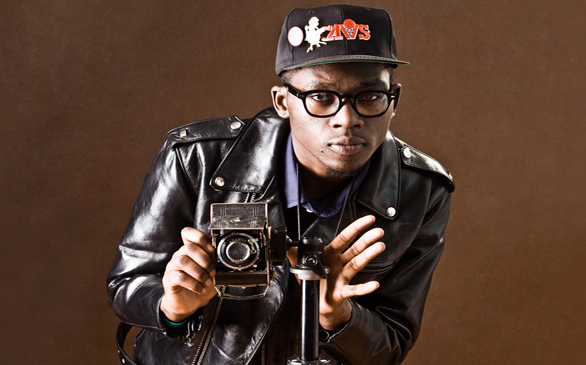 Theophilus London aims to transport you to a Lovers Holiday.

Brooklyn rapper, songwriter and producer, Theophilus London releases his Lovers Holiday EP this week, just in time for Valentine’s Day. Lovers Holiday is a special season-of-love offering meant to tide London’s fans over until his full-length drops on Warner Bros. Records later this year and is, according to Theophilus, highly influenced by the romantic music he heard as a teen.

“I wrote this EP, five songs about modern love, to document what love is in 2011,” says London. “I grew up on Gaye, the O’Jays and the Jackson 5; amazing music that when you heard it you understood the message coming across. That message was love.”

Solange Knowles guests on one cut, and Sara Quin of Tegan & Sara lends her voice to “Why Even Try,” a song that London will trade you for a tweet. Details at theophiluslondon.net.

Flowers are nice and chocolates are almost always appreciated, but there’s nothing like music to set the mood when it comes to snuggle time, especially on Valentine’s Day. Now you can get help from some of the real pros of the business thanks to the latest releases in UMe’s ICON Love Songs series.

Do you think it would enhance your moves to have Billie Holiday seductively cooing “Cheek to Cheek,” “Embraceable You” or “All the Way” (!!) to your lover? Or maybe that hearing a little soulful interplay between Motown pop stars Marvin Gaye and Tammi Terrell on classics like “Ain’t No Mountain High Enough” and “Keep on Lovin’ Me Honey” will lead to a little interplay of your own?

The Holiday and Gaye/Terrell compilations contain a dozen sexy songs each, as do the other new ICON Love Songs titles from Brian McKnight and Ella Fitzgerald. Best of all, the sets are budget priced so you’ll still be able to pop for those flowers.

In celebration of the fact that guitarist Eric Clapton has been using their strings for nearly 50 years, Ernie Ball has announced a promotion with prizes, including a chance to fly to London to meet Clapton and see him perform. Here’s how it works: Every set of Ernie Ball acoustic or electric guitar strings purchased at Guitar Center from now through the end of April will contain a code for entry into the Experience Clapton portion of the promotion; 15 of those codes will win a Grand Prize package that includes airfare to London and hotel accommodations, a backstage meet-and-greet with Clapton, entry to his private rehearsal and a ticket to his show at the famous Royal Albert Hall. Select packets of strings will also include prize-winning guitar picks that entitle the winner to everything from entry to next year’s NAMM show in Anaheim to a free guitar to a $100 Guitar Center gift card.

Hopefully by the time L.A.-based singer-songwriter Benny Marchant releases his debut full-length album Cold Weather on May 31, the cold snap currently ravaging the country will be over. But Marchant says that the album title and its namesake tune have nothing to do with actual weather conditions.

“Cold Weather is just kind of like a metaphor for life,” Marchant explains.

Marchant and his band will warmly preview music from the new release during a special appearance at Tommy’s Place on the USC campus on Feb. 12.