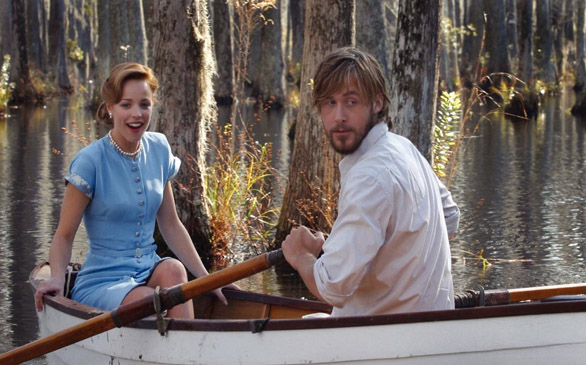 So it’s that time of year again when the citizens of singledom are beat over the head with advertisements, movies and expectations from friends and family to find someone (anyone will do) to spend the evening drinking champagne and walking on rose pedals. If you can’t tell, whether I have a special other or not, I find this particular holiday vastly overrated and incredibly forced upon us by the candy companies.

What makes me even more angry are the daft and generic romantic comedies that are filling theaters, especially at this time of year. To be fair, last year’s Valentine’s Day really is a hard movie to compete with because it is that bad. I feel old and pretentious writing this, but I miss (or should I say yearn) for the days when romance wasn’t hooking up, friends with benefits or ‘playing the field,’ which inevitably means cheating on your girlfriend throughout the entire film and convincing her to take you back by the end of it.

Recent films like No Strings Attached are not helping a woman out. I read in an interview that Natalie Portman took the role because she thought it offered something different for female audiences, that a role like this has not been done before. I’d like to respond with the question, what are the merits of this film and her role in it? Showing men that girls can be like them – aloof, only wanting sex and willing to sacrifice a real relationship for it – isn’t exactly the idea I want to plant in my boyfriend's head.

This Valentine’s season, the choice of films is a superb selection of what are bound to be timeless romance classics. First, Jennifer Aniston and Adam Sandler star in Just Go With It. You don’t have to watch much of the trailer before you know exactly what type of movie it is: a Jennifer Aniston rom-com. If you want to bring the kids along for your night of love, Gnomeo & Juliet is bound to be age appropriate. Finally, if you aren’t planning on having any of these type of dates, there is always Never Say Never, the new Justin Bieber film which could be a fun girls’ night out and is bound to satisfy your need for music, charm and a good-looking boy.

OK, now that I’ve gotten that out of my system, I can offer some solutions to this disastrous selection. The Aero and Egyptian Theatres are hosting a weekend marathon of alternative love stories, the ones that will be around for more than two weekends in theaters and a lifetime on Netflix Instant. From Friday, Feb. 10, culminating on the big day, Feb. 14, audiences are exposed to the very best of romantic films. Of course, a Valentine’s screening marathon would not be complete without the films that have been entertaining the heartsick and love birds alike for decades. Gone with the Wind, Casablanca, Doctor Zhivago, From Here to Eternity and Breakfast at Tiffany’s are all on the agenda; spread out so you won’t have to force your bladder through two of the longer running films in a row. I would probably not survive a back-to-back screening of Gone with the Wind and Doctor Zhivago – that’s a combined 415 minutes for Valentine’s sake!

What is so special and inventive about this series is that the people behind it also chose some less likely films. They weren’t afraid to be cliché and throw in The Notebook, which has become a favorite of Generation Y. They also included some off-kilter ones, like Harold and Maude, which is a shockingly dark but excellent film by the great Hal Ashby. Another of my all-time favorites, The Princess Bride directed by Rob Reiner is one of the funniest films that also fulfills my girlish love for all things princesses and swashbuckling heroes.

I’m not saying all romantic comedies made these days aren’t worth the time. I’m saying most aren’t worth your time, and you should spend some energy determining which provide quick gratification and which will leave an impact on your heart that goes beyond merely enjoying the Hallmark holiday. Happy hunting.