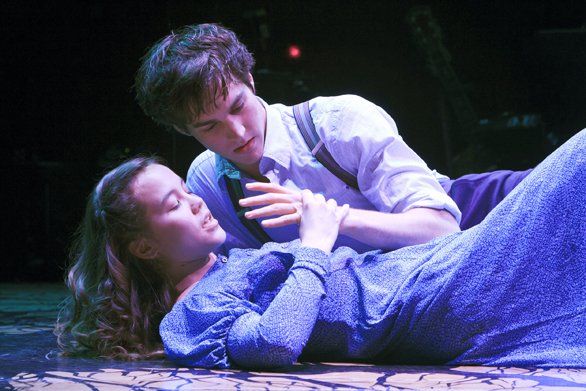 Like so many surprise hits before it, “Spring Awakening” is the musical of our generation. If you haven’t heard of it, then you must be living under a rock because it took Broadway by storm several years ago, receiving 11 2007 Tony Award nominations and winning eight, including for best musical, direction and score.

“Spring Awakening” is an adaptation of the controversial German play of the same title by Frank Wedekind. The subject matter is dark, especially for the late 19th century bourgeois society. To modernize it without detracting from the material, it was adapted into a rock musical featuring music by American singer-songwriter Duncan Sheik and a book and lyrics by Steven Sater. For all you Gleeks, Lea Michele, aka Rachel Berry from “Glee,” originated the role of Wendla, the female lead.

Finally back in Los Angeles, “Spring Awakening” is at the Pantages Theatre, the perfect venue for a musical about teens discovering their budding sexuality. In this particular production, minimalism is the new excess. The stage is outfitted with décor that doesn’t change and with an orchestra that consists of a band on stage with the actors. How daring!

What must (and does) draw the audience in is the music that is so catchy – I couldn’t stop singing it for days – and the performances that, despite names that are hard to pronounce and accents that are foreign to us all, are delivered with the utmost sincerity. In fact, as much fun it is to watch the kids perform the exhausting choreography while belting it out, there are moments of both hilarity and gravity.