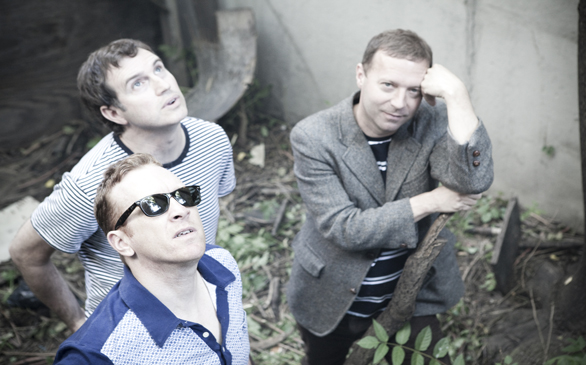 Buffalo Tom earned their stripes back in the mid-’90s as a band who could touch the heart of listeners with relationship songs that were neither hopelessly sappy nor filled with the anger that sometimes comes along with a love life in turmoil. Songs like “Taillights Fade” simply put the scenario out there with earnestly sung lyrics set to a not-too-rough rock beat, allowing the listener to do what the best of popular songs do – take the lyrics and make them fit their own life situation and experience the appropriate emotions.

Now eight albums into their career, Buffalo Tom still has that particular songwriting knack that lets the listener personalize the songs, a talent fully on display here on tunes like “The Kids Just Sleep” where a bit of Rolling Stones Exile on Main Street-style swagger belies the sad story of a single parent at their wit’s end, and on the plaintive folk/pop of “Don’t Forget Me” where guest Tanya Donnelly (Belly, Throwing Muses) adds a feminine touch. Sure, you can just sing along if you want, and the John Mellencamp-ish “Here I Come” and the Elvis Costello-tinged “Guilty Girls” are among the album’s many buoyant numbers meant to give the thinking cap a bit of a rest.