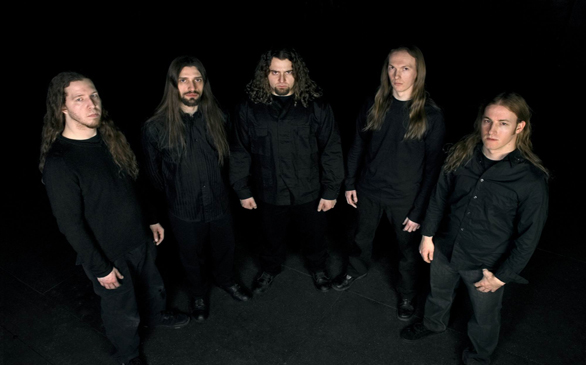 This Canadian death metal band has a new rhythm section since the last time they put out a record, 2008’s The Thin Line Between. You can just imagine what that want ad looked like: “Bass player and drummer needed, must be able to pummel your instruments into dust while demons howl nearby.”

Nonstop pounding is a significant part of the Neuraxis sound, and while the rhythm doesn’t change significantly from song to song, there’s something appealing about the way Olivier Beaudoin (skins) and Olivier Pinard (bass) whip up the racket; the din brings to mind a horror movie scene showing a mine car full of flaming imps flailing away, trying to push the ride even faster down the hot rails to eternal damnation. Along with plenty of guitar riffing sharp enough to open gaping wounds and growling devil vocals from Alex Leblanc, it’s just what the death metal doctor ordered. Numbers like “Sinister” and “Trauma” play up the guitar parts a little more but make no mistake; Asylon is made for serious headbanging.