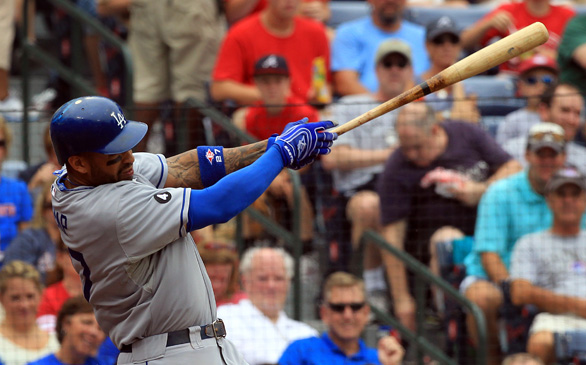 Crosstown rivals UCLA and USC are preparing for the 2011 college baseball season. Their respective campaigns hit the diamond later this week, and both begin play at home. Here is an in-depth look at both programs.

The UCLA Bruins finished 2010 with an impressive 51-17 overall record and an appearance in the College World Series. South Carolina won over UCLA in a best-of-three series to secure their championship crown. UCLA advanced to the finals for the first time in program history.

“I’m so proud of our players and our program and the strides we’ve made,” now seventh-year Bruins head coach John Savage stated in a press release back on June 29 of last year. “I told the players that they’ve reached the pinnacle in college baseball. They’ve experienced the rigors of the regionals and super regionals and the bracket in playing for the national championship.”

Although the Bruins lost the CWS in Omaha, Neb., to the Gamecocks, Savage knew what he had implanted within the squad.

“Every player in our locker room now knows what it feels like. We can sit there and be very proud of our entire program. The bar has been raised, and we look to be back as soon as possible,” he adds. “This team can say they’re the best team in UCLA history, which has a long and rich tradition. I’m proud of every single person who has been a part of this program.”

That experience and most of the talent from last season are back. And this has propelled them to be ranked No. 1 this preseason by the USA Today/ESPN Coaches’ Poll, No. 2 in Baseball America’s Preseason Poll and the National Collegiate Baseball Writers’ Association, while being leveled No. 3 by Collegiate Baseball.

Additionally, the Bruins have been selected to place first in the Pac-10. UCLA received 79 total points, eight coming via first place, in the 2011 Pac-10 Baseball Preseason Coaches’ Poll. They finished with a conference record of 18-9 last year, good enough for second place, behind the Arizona State Sun Devils.

A key for the Bruins: 20 letter winners are returning. And their one-two punch of pitchers in the starting rotation is well known. Both juniors Trevor Bauer and Gerrit Cole are simply studs. These right-handed throwers earned preseason All-America Honors from Baseball America, as Cole attained a first-team selection and Bauer placed second-team honors.

Bauer, a Valencia native at 6-feet, 2-inches tall, comes off a rather solid showing on the mound. He posted a record of 12-3 with a 3.02 earned run average, a nation-best 165 strikeouts and 41 walks. He led the unit in innings pitched with 131.1 while earning second-team All-America Honors from Baseball America and Collegiate Baseball and first-team accolades from Ping!Baseball.

Even though Bauer served as the second starting pitcher in the rotation, he registered all the high-powered statistics of a true ace. If healthy, the Bruins can expect more of the same from the 185-pound machine who became the program’s first pitcher to ever lead the country in strikeouts while establishing UCLA’s single-season strikeout record.

Cole, on the other hand, is an Orange County native (Santa Ana) who was the No. 1 starter last season. After recording 11 wins and four losses, Cole had an ERA of 3.37 with 153 strikeouts (third in the country) and surrendering 52 walks in 123 innings tossed. He received second-team All-America Honors from Collegiate Baseball and Ping!Baseball and third-team accolades from Baseball America and the NCBWA.

Any championship team needs solid pitching in order to compete and keep advancing in the playoffs, but offensive sparks are also a must-have. Position players ought to be integral in the Bruins’ success, obviously pending health. Sophomore outfielders Beau Amaral and Cody Keefer return, as well as junior infielders Dean Espy and Tyler Rahmatulla. Sophomore infielder Cody Regis and junior catcher Steve Rodriguez, as well as senior outfielder Chris Giovinazzo and sophomore outfielder Jeff Gelalich, will have significant playing time.

Both Amaral and Espy are the power bats of UCLA. Amaral led the Bruins with a .354 batting average, four home runs and 31 runs batted in, while scoring 45 runs, collecting a team-high 79 hits and 12 doubles. Espy hit .345, led the team with nine homers, three triples and 52 RBI, while only starting in 40 games and slugging .575.

One odd note to be aware of is Richard Brehaut joining the baseball squad. Brehaut is a quarterback for the football team, and he debuted on the diamond in the Bruins’ 8-1 victory during the Alumni Game.

“He’s a very natural-looking left-handed hitter with power,” Savage tells The Daily Bruin. “Who wouldn’t like that?”

Savage believes that Brehaut could benefit from the experience of the current athletes in progressing as a baseball player.

“We like our lineup, and we have guys that have been in our program for several years,” Savage points out. “It’s going to take time for him to get into the lineup to see where he fits.”

The Bruins had one roster spot open, and it was filled by Brehaut. He first got permission from Bruins head football coach Rick Neuheisel.

“I wasn’t even going to give it a shot if coach Neuheisel didn’t give me the OK,” Brehaut says to The Daily Bruin. “Once he said he wouldn’t have a problem with it, that’s when I really said, ‘All right, let’s do this.’”

In six innings of work, Bauer struck out 11 batters, and he supports Brehaut’s decision to join the squad.

“We’re excited to have him,” Bauer admits to The Daily Bruin. “We had an open roster spot, and I think he can help our team out. He’s fitting in well, and we’re overjoyed to have him out here.”

Brehaut could primarily be used as a designated hitter or in pinch-hitting scenarios.

UCLA’s talent is evident, and their formidable schedule will be a test for them before postseason play. Five other Pac-10 programs are currently ranked in the top 25, which adds difficulty to the Bruins schedule. They face ASU (No. 11), Stanford (No. 13), Oregon (No. 14), California (No. 17), and Arizona (No. 19).

Nevertheless, games against the Cal State Fullerton Titans (No. 9), Long Beach State, Nebraska, Pepperdine, UC Irvine and UC Riverside will not be easy. There is one fun affair scheduled, which is the Dodgertown Classic at Dodger Stadium between the Bruins and Trojans on March 13 at 2:30 p.m.

UCLA opens the season with a three-game series against the University of San Francisco Dons on Friday, Feb. 18, at Jackie Robinson Stadium in Westwood. Game time is 6 p.m.

The Trojans are coming off a below par 2010, where they went 28-32 overall and 7-20 in Pac-10 play. They finished 13 games out of first place and positioned themselves last in the conference standings.

Oropesa is easily a college comparison to the St. Louis Cardinals slugger Albert Pujols. Oropesa pounded 20 home runs and 67 RBI with a .353 batting average. His 83 hits, 22 doubles and 53 runs scored were team highs. To go along with a slugging percentage of .711, he started in all 60 games played. He had seven stolen bases as he gained Baseball America All-America second team honors.

Eight freshmen, seven sophomores, 15 juniors and six seniors comprise the Trojan lineup, so experience is not an issue. Led by Oropesa’s power and leadership, the Trojans can easily finish in the middle of the Pac-10 standings. However, they were selected to finish ninth in the conference by the 2011 Pac-10 Baseball Preseason Coaches’ Poll. They received 16 total points, placing them above the Washington Huskies.

The Trojans most prominent games of the year will come against Cal State Fullerton, UCLA, Louisville, Rice and the remaining ranked Pac-10 opponents. Interim head coach Frank Cruz has a complex job ahead, but it is not impossible.