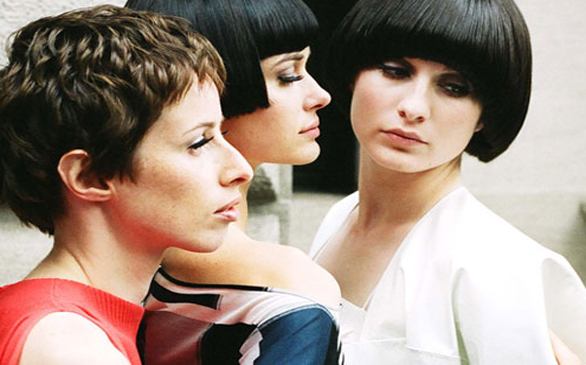 Every girl knows, bad hair can ruin your day, and a ghastly cut can put you in a funk for as many weeks as it takes that sucker to grow out. For anyone who has ever hacked bangs to get over a breakup, dyed their locks to handle being laid off or watched the Victoria Secret’s Fashion Show mesmerized by bouncing golden manes rather than the tanned, toned bodies, Vidal Sassoon The Movie is the film for you.

From an orphanage in war-torn London to his David Hockney-esque Beverly Hills pool, the film explores the life of Sassoon, a man who revolutionized hairdressing, giving Mia Farrow her Rosemary’s Baby pixie, sliced away beehives in favor of asymmetrical, angular styles in the early ’60s and built a hair empire by innovating product lines (Say it with me: “If you don’t look good, we don’t look good.”), opening teaching academies and turning salons into galleries where the modern art medium was follicles.

Originally intended to be a coffee table book/shrine of worship built by Bumble & bumble founder Michael Gordon (who produced the film), the majesty of Sassoon’s life and work plays out through Mondrian-style montages, black and white interviews with models, muses and co-workers and intimate conversations with the dashing and well-kept legend, who looks decades younger than his 82 years.

While the film briefly delves into the darker sides of Sassoon’s past, including his father’s abandonment and the death of a child, and brushes past allusions to any Shampoo similarities – though former model and current Vogue creative director Grace Coddington, who many will remember from The September Issue, does use it as a reference point – the focus of this documentary is as a portrait of the trailblazer that’s as sleek, shiny and modern as one of his Bauhaus-inspired hairstyles and, as such, it’s a delight.