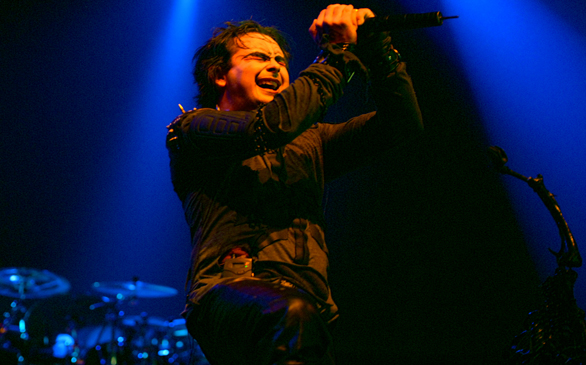 English black metal band Cradle of Filth have embarked on their Creatures From the Black Abyss tour, terrifying fans across each city. In support of their latest concept album, Darkly, Darkly, Venus Aversa, which centers on the demon Lilith, the first wife of the biblical Adam, they demolished each song with punishing beats and metal opera symphonies.

Lead singer Danny Filth took the stage resembling a ghastly demon pacing back and forth. The audience instantly broke into mosh pits covering the entire floor as guitar riffs burst into the crowd. Adrenaline dripped down the walls while bodies collided against each other like an out-of-control stampede. Keyboardist Caroline Campbell added chilling layers that would suit perfectly in a Tim Burton score. Theatrics played a pivotal role with the performance as background visuals completed the eerie night.

Danny Filth continues to impress crowds with his signature screeching pipes in every song. His vocal chords endure punishment every night as he screams at the top of his lungs. Their 12-song setlist included “Heaven Torn Asunder,” “From the Cradle to Enslave” and a few songs off their latest album. With nine studio albums under their belts, these heavy hitters show no signs of stopping. They are currently writing new material in hopes of a winter release.