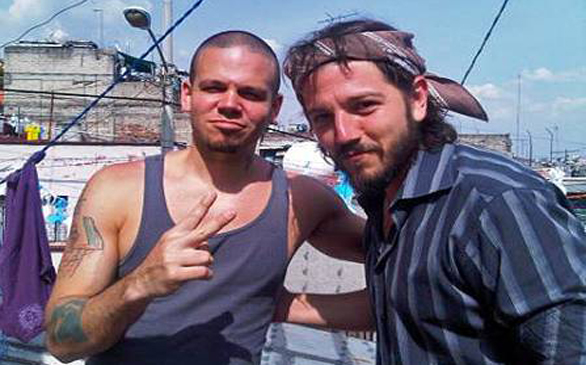 Have you seen the new Pepper 3-D music video for the song “Drunk Girl” yet? You can experience the video in 3-D right on your computer; all you need is to pull it up at pepperlive.com and be wearing a pair of “old school”-style blue and red 3-D glasses. In person though, the band is taking a much lower-tech stance as they head out on a brief acoustic tour. The Family & Friends California Acoustic Tour begins in San Luis Obispo on Feb. 22 and finds Pepper playing unplugged in intimate settings for the first time in a decade. The tour also stops in Petaluma, Santa Cruz, Ventura, San Juan Capistrano and wraps up on Feb. 27 with an appearance at Saint Rocke in Hermosa Beach.

Fans of Never Shout Never can get a free, three-song digital EP with the purchase of any item at the band’s Web store. The EP contains live versions of “Love is Our Weapon” and “I Love You 5” from the What is Love? album and “I Love You More Than You Will Ever Know” from Harmony, the current NSN release. The offer for the free download expires at the end of February. Never Shout Never will be spending most of the spring out of the country on tour in Australia, Europe and the Philippines. nevershoutnever.com/store

If you’re a budding singer/songwriter, or you’re in a band and all you want is to be heard by someone who knows music, can provide some constructive criticism and maybe help you to catch a break, then the YouBloom Song Contest, now in its second year, is for you. One of the principals involved in the contest is famed musician, activist and Nobel Peace Prize nominee Bob Geldof. “Song contests have been done before a million times, but this isn’t ‘American Idol,’” says Geldof. “We would like to find the songwriters and let their peers decide their value and thus their audience. It’s not quite a reinvention of the wheel; just a little push of the same wheel for those who should be heard.” Besides the potential for stardom and unlimited wealth, the YouBloom contest offers a cash prize to the winner. Details on how to submit a song are at youbloom.com.

Gildas Loaec (who was for 15 years the right-hand man of Daft Punk) and his business partner at Kitsune Records, international party hopper/artist André Saraiva, are pleased to announce the release of Kitsune Parisien, a 12-cut compilation featuring the crème de la crème of the Paris music scene. Some of the French scenesters included on the sampler are Birkii, a classically trained violinist who prefers to record with the accompaniment of a Casio SK1, electro-poppers Destin, one-time New Yorker Yan Wagner, the aptly named Housse de Racket and the French/English Parisian duo Jupiter. The new wave of Parisian talent hits American shores on March 8.

If you’re planning on taking in The Big Four (thebig4festival.com) concert in Indio on April 23, you should know that you don’t have to get behind the wheel to get there. The show features the first and only U.S. appearance of Metallica, Slayer, Megadeth and Anthrax on the same stage, and concert promoter Goldenvoice has arranged for a shuttle service option for those who don’t want to make the drive. Rides cost $40 and depart from numerous locations, including downtown Los Angeles, Anaheim, Pasadena, Irvine and Ontario.

Eenie Meenie recording artists Goldenboy play a homecoming and CD release show in support of Sleepwalker at the Hotel Café on Feb. 25.