Cameron Goodman: A Friend With Benefits 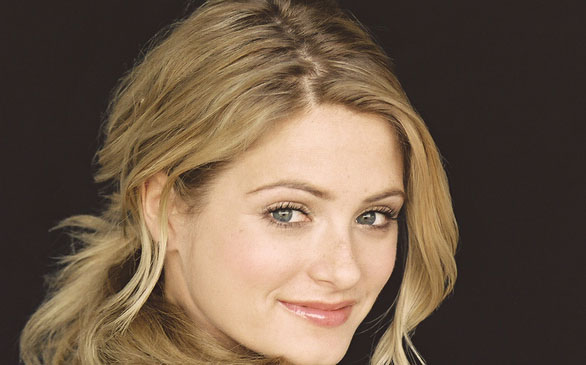 For Cameron Goodman, becoming an actress has been a somewhat strange and totally successful journey. From her humble beginnings in the political environment of Washington, D.C., she has worked persistently to build her acting career to what it is today. Now, the Economics major-turned-Hollywood starlet is on the rise with several exciting, new projects, including a leading role in the upcoming Disney movie High School Musical 4: Sharpay’s Fabulous Adventure.

Goodman began her acting career doing comedy on the East Coast, but decided to hit the road for Los Angeles soon after being invited to the set and taken in by the cast of a major production.

“I asked the lead actor how [he] got into this, and he said after high school he got in his car and drove out here and started acting, and I thought, ‘Wow, that sounds easy!’”

After hearing the same story from the lead actress, Goodman got in her car and drove to Los Angeles. Soon, she was brushing up on the politics of the L.A. film industry and enduring a half-year of hardships as she made a name for herself. It turned out it wasn’t as easy as it sounded.

“I just remember there [were] a lot of tears, a lot of stress and a lot of frustration,” she shares.

Although she admits acting is a very difficult career choice, she’s happy to have made it.

“The decision came down to if I was 50 and I’d never given this a shot, I’d be really upset with myself,” she reasons.

Her decision paid off with her first booking on ABC’s “Sons & Daughters.”

“It was the first time I ever cried from happiness,” she says.

After that her career took off.

Goodman has been busy building her resume with films such as Shuttle, The Phantom and The Informers. She attributes her success to an unfaltering attitude and fearlessness.

“You’ve got to have that attitude of, ‘OK, I don’t want to do this, but I’m going to do it anyway! I’m just going to commit to it and jump in.’ I feel that way with a lot of opportunities in Los Angeles.”

Goodman has also benefited from the guidance of established actors along the way.

“Mark Harmon was such an inspiration and Christian Slater, and James Woods really put me on the way. One of my favorites is Billy Bob Thornton. We just got along so well, and he was wonderful. And Katt Williams was absolutely, without a question, a mentor to me.”

Even before co-starring with her in High School Musical 4, Goodman learned a great deal about comedy from Ashley Tisdale while working on “The Suite Life of Zach & Cody.”

“She had such great timing, such great instincts, such great reaction and afterward, I really felt like I was a much, much better comedian,” Goodman says.

Now, teaming up with Tisdale in Disney’s next installment of the High School Musical adventures, Goodman is poised for her breakout role, and she couldn’t be happier.

“I’m a huge High School Musical fan. People kept asking me if I had seen the originals, and I [said], ‘Have I? I’m an expert. What do you want to know?’”

Goodman regards meeting the production’s writers as a blessing, and fully supports the film’s message.

“I just love what they created. It was so fun and happy and upbeat and spiritual and just wonderful.”

She relates the lesson in the upcoming feature to Grease, adding, “The lesson wasn’t to go be a badass but the exact opposite. This lesson is like, ‘Hey, go be yourself,’ and that’s really cool.”

High School Musical fans can expect to see the same charm and quirky humor from the previous films in this new chapter, plus the transformation of the antagonist (Sharpay) into the hero.

“It’s a really cool, fun story,” Goodman says. “This was the coolest thing I could have booked.”

Fans of Cameron Goodman can also see her in the upcoming TV sitcom “Friends with Benefits” as well as a personal YouTube production she’s working on titled “Breakfast Burrito,” a comedic approach to the news geared toward a young audience.