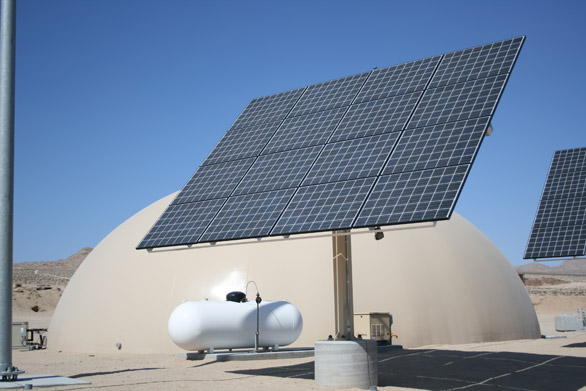 The case for climate change and global warming is by no means off the minds of many in our society. Even if you don’t know much about how people are trying to save the planet, you know that you should turn off the lights when you leave the room, throw the paper in the recycling bin instead of the trash and buy a Prius if you can afford it and if you can stand its ugly exterior. ‘Going green’ isn’t hard. It’s only hard to remember.

Carbon Nation is the newest documentary to join the ranks of an already extensive list of environmentally conscious films that seek to show audiences what could happen if the Earth is not given the loving care that technology and industrial production has taken from it. However, unlike the others, Carbon Nation is a self-professed feature-length documentary about climate change solutions.

The first thing potential viewers should be aware of about this film is that it is not an investigation and it is not telling a story in the traditional sense of the term. This film is more of a tutorial on how to cut back and what is being done, on a larger scale, to lessen our carbon footprint. Filmmaker Peter Byck conducted over 200 interviews with some of the country’s biggest names in the field. CEO of Virgin Group, Richard Branson, says a few quick words about what knowledge he has acquired, Thomas Friedman at The New York Times, former CIA director James Woolsey and Denis Hayes, founder of Earth Day, along with many more experts in the field add a substantial amount of credibility to the documentary.

However, what becomes its biggest enemy is the way the film is taken: down the path of sounding more like an episode the Science Channel’s “How It’s Made.” Set all over the world, Carbon Nation does what it says it’s going to do. It provides solutions, but in the process, it really fails to keep our interest 100 percent of the time. I’m a sucker for interesting facts pertaining to anything in the realm of science, but the facts and figures are too many and close together so that the impact the filmmakers are trying to make is lessened as the numbers fly over our heads.

This is a necessary film, and hopefully, it will find attentive viewers.