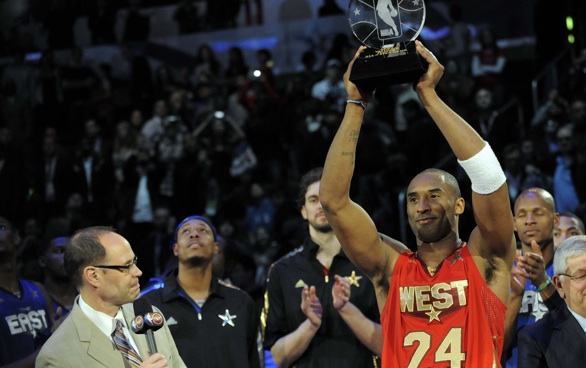 The NBA All-Star Weekend that took place in Los Angeles is finally over, and the Lakers need to find focus in their playing. After winning his fourth All-Star Game MVP, Kobe Bryant was laughing, felt great and even joked about being rejuvenated with so much youth around him during the festivities.

“Just being around so many young players gave me so much energy to see them bouncing around and all that sort of stuff,” Bryant said to the media during a press conference after the game. “It just re-energized me for the night.”

But deep down inside, Bryant knows that the Lakers need a strong second half to finish with a boost in confidence and momentum before entering the upcoming playoffs.

Up first for the two-time defending champions are the Atlanta Hawks at Staples Center on Tuesday, Feb. 22.

No matter what anyone says, this is a must win for the Lakers for two reasons. The most obvious is because they are playing at home and have been resting for the last week or so. However, the most prominent reason is that they need to make a statement en route to attaining a lengthy winning streak. This has to begin with a commanding victory over the Hawks.

Bryant and fellow All-Star teammate Pau Gasol have envisioned their upcoming schedule. “We are looking forward to it,” Bryant said of their second half NBA calendar. “We are up for the challenge. Pau and I have been talking the whole time about looking forward to it and getting back at it. We have been in communication with the rest of the fellas, and we all can’t wait to get started.”

After hosting Atlanta, the Lakers embark on a three-game mountain ride to close out the month of February. This includes stops in Portland to face the Blazers on Wednesday, Feb. 23, a home contest against the Clippers on Friday, Feb. 25, and a trip to the Midwest to face the Oklahoma City Thunder on Sunday, Feb. 27.