Kasey Anderson and the Honkies: Heart of a Dog 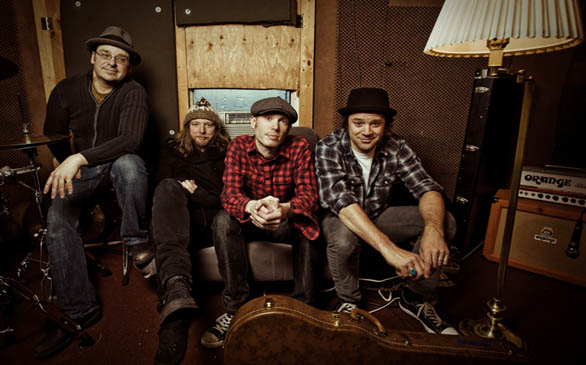 Portland, Ore., singer-guitarist Kasey Anderson has a reputation for creating gritty Americana roots rock akin to Ryan Adams or Steve Earle. But Anderson decided roots rock was a headlock he needed to escape, thus his new band, the Honkies, and latest album, Heart of a Dog. This is a 44-minute powerhouse of pure rock ’n’ roll that swaggers like the late-’70s Rolling Stones on the charged-up “Sirens and Thunder” and goes grungy during the distorted cut “Kasey Anderson’s Dream,” which has a bite similar to the Jon Spencer Blues Explosion.

Key songs include aptly named punch-out “My Baby’s a Wrecking Ball” and a red-hot reinterpretation of the English Beat’s “Save It for Later,“ which is tacked on as a hidden bonus track. Thankfully, Anderson has not forsaken his traditionalist impulses, which emerge during “My Blues, My Love” and the memory-laced “Your Side of Town.” If Steve Earle was running a bar band, this might be the stellar result.

Heart of a Dog is currently available.