The Luyas: Too Beautiful to Work 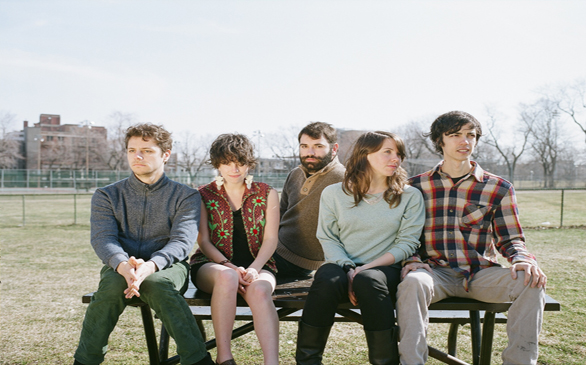 The title of this album could be derived from any number of things, but since the music the Luyas perform here is a sort of dreamy experimental pop, it’s not out of the realm of possibility to think that someone took a listen and commented, “That’s too beautiful to work!” Actually everything here works quite nicely, thanks to always-interesting soundscapes and delicate vocalizations from Jessie Stein. Stein adapts her voice to sound like a happy pixie, singing on the rhythm of the percolating title cut, occasionally getting stuck in a particular phrase, repeating it like there’s some sort of glitch in her animatronics brain.

“Worth Mentioning” finds Stein’s voice floating in the ether – of some other planet – until the song eventually dissolves in a flurry of Sgt. Pepper’s-style psychedelia. “Tiny Head” is even trippier, “Moodslayer” invokes the spirit of Frank Zappa and “I Need Mirrors,” still a long way from the norm with Stein singing in little girlish tones, is about as close to traditional pop as Too Beautiful to Work gets. The appeal here is definitely an odd one, but there’s no denying its potency.

Too Beautiful to Work is currently available.