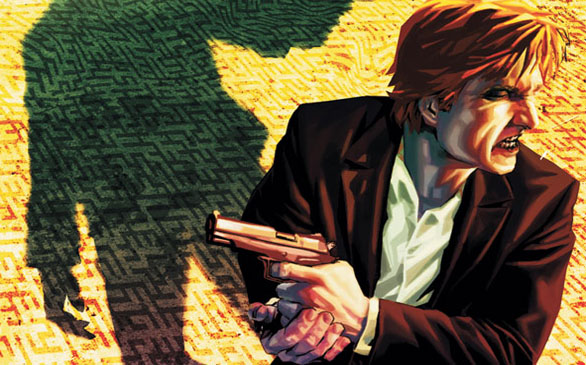 Andy Diggle (The Losers) is one of the most consistently entertaining writers working in comics. Rat Catcher is his twisty, hard-boiled debut with Vertigo’s crime imprint.

When the agents and witness inside an FBI safe house are killed, rumors once again begin to circulate within the Bureau of “the Rat Catcher,” a mysterious hit man who somehow manages to get to supposedly untouchable targets. With his partner dead, a seasoned agent teams with a U.S. Marshal to find the fabled killer, but no one is what he seems.