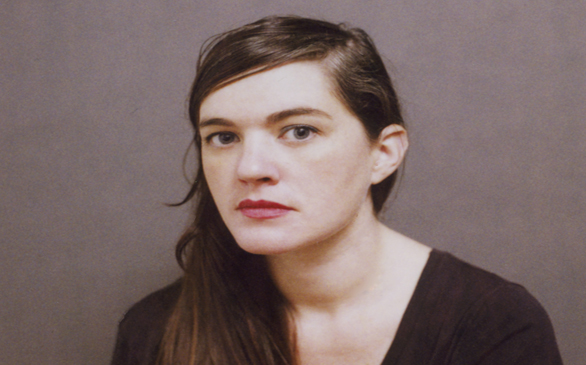 According to Julianna Barwick, the magic place that is the namesake of her just-released album was a tree on the family farm.

“It was in the back pasture,” says Barwick. “You had to crawl inside, and it was like there were different rooms; it was really magical, and that’s how I feel right now.”

No doubt she’ll still be feeling that way when she performs at the Bootleg Theatre on March 22.

Sozay Joins He Who Breaks the Law Tour

Rapper Sozay has earned a slot on the He Who Breaks the Law tour starring House of Pain. The Los Angeles native is busting out of the underground hip-hop scene on the strength of his debut EP, Who is Sozay?

Life is good now, but it has been a bumpy road to success for Sozay; he comes from a broken family and has struggled with drugs, situations that combined to put him behind bars locally and in federal lock-up. Expect to hear all about those past exploits in the form of the song “High Hopes” if you check out Sozay’s show at the Los Angeles House of Blues March 18. The He Who Breaks the Law tour also stops at the HOB Anaheim March 19.

Get Defaults by Hard Mix For Free

South Carolina’s hazy-electronic producer Noah Smith, aka Hard Mix, is about to drop his debut, Defaults, on March 1. In even better news, Dovecote Records likes the album so much that they’ve decided to give it away for free so you can like it, too. Grab your copy when March rolls around at hardmix.tumblr.com, and keep your eye out for a 12-inch vinyl single of “Memories” to follow shortly after. The prolific artist plans on releasing a second album later this year.

The latest collectible for fans of the Flaming Lips is a vinyl-only box set containing the band’s early albums called Heady Nuggs: The First Five Warner Bros. Records 1992-2002. The set – featuring the titles Hit to Death in the Future Head, Transmissions from the Satellite Heart, Clouds Taste Metallic, The Soft Bulletin and Yoshimi Battles the Pink Robots – is going to be available in two different versions.

The standard issue drops on Record Store Day, April 16, and will be available at indie record stores only. That version comes on 140-gram black vinyl. If you’d like the extra special version of Heady Nuggs where each disc is pressed on a different color vinyl, you’ll need to order directly from the band at flaminglips.com/store. Both box sets will be limited editions, but if you miss out you can take consolation in the fact that the Lips have promised many more surprises as the year goes on.

Known for the use of traditional instruments and world-renowned, high-energy live performances of Irish punk, the Dropkick Murphys have taken the banjo into a new genre. In songs like “I’m Shipping Up to Boston” performed live, audiences get to see what can be done on a banjo that is out of the ordinary.

Italian Pearloid inlay spells out the band’s name on the fingerboard, also decorated with two shamrocks and a banner that reads “Boston.” Deering also offers a version of the banjo in its Goodtime line; that one comes at a reduced price while still being a professional-grade instrument. deeringbanjos.com

Get Some Floating Action

Speaking of instruments and band names, Park the Van recording artist Floating Action (real name: Seth Kauffman) took his stage name from a musical accessory: a vintage Gretsch bass drum pedal. More trivia, FA purposely wrote and recorded his latest album, Desert Etiquette, in a hurry (It took a total of four days.) so that he could capture creative spontaneity. Hear those songs live when you spontaneously decide to go see Floating Action perform at the Hotel Café on March 11.