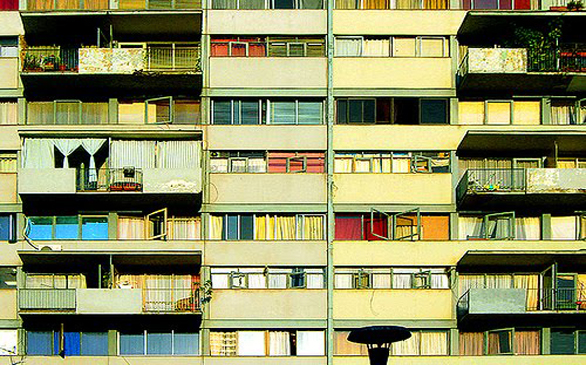 Several weeks before the Golden Globes I got into a small tiff with a friend about a certain category, its nominees and whom we both thought would win. The category was Best Original Score. I was rooting for the score by Trent Reznor and Atticus Ross for The Social Network (2010), and my friend tried his hardest to convince me that the highly regarded Hans Zimmer would win for Inception (2010). To give him credit where it is most definitely due, Zimmer is an amazing composer who has created the iconic music for so many films; it would take too long to list them all here. He won his Oscar for composing the score for The Lion King (1994). That should say it all.

However, the race this year has been tough. You may, like my sister who is not very film savvy, think that you don’t even notice the music, that if there wasn’t any score playing under the action, that you may not realize a difference. It’s a common misconception that the majority of moviegoers make. Because, as it turns out, music is almost as important as dialogue and most definitely more difficult than action. Composing a score is not just time-consuming, frustrating and hard work. It’s a job that won’t get any recognition for the integral element you alone conceived and brought to the film unless you compose enough award-quality scores over the span of decades. Then, maybe, you’ll become a household name, but most likely not.

Reznor and Ross took home the Golden Globe as I predicted. But as I said before, there’s not always a clear-cut winner. In fact, before last year, I was a huge film fan who didn’t have a favorite score. I enjoyed Thomas Newman (cousin of Randy) who composed music for “American Beauty” (1999) and Wall-E (2008). But in 2009, a music god entered my life and changed the way I relate to music. As my close friends will tell you, I am addicted, yes addicted, to the soundtrack to Pixar’s Up (2009), which won Michael Giacchino the Academy Award.

Up is one of my favorite films of all time and really proved to sophisticated audiences what animation could do for adults as well as kids. Its soundtrack and award-winning score is a sure-fire way to instantly get me out of any foul mood. The melody is light and lofty, but there are, like the film itself, serious undertones to it as well.

Giacchino, Newman, Zimmer, Reznor and Ross are our contemporary masters of score, but all of them have been at one time or another influenced by Philip Glass. Known for his minimalist and contemporary classical scores, Glass has not limited his artistic endeavors to just film. He has written operas, musical theater works, nine symphonies, 10 concertos, chamber music and work for his own musical group, which he founded.

On Sunday, Feb. 27, the Long Beach Opera is kicking off its production of Glass’ opera with a screening at 11 a.m. at the Art Theatre Long Beach of Koyaanisqatsi: Life Out of Balance (1982), which is the first film in the Qatsi trilogy. The other two, Powaqqatsi: Life in Transformation (1988) and Naqoyqatsi: Life as War (2002) will be screened in the following weeks (March 6 and March 20, respectively). The titles of all three films are words from the language of the Hopi people; the word qatsi means “life,” and the word koyaanisqatsi means “crazy life, life in turmoil, life out of balance, life disintegrating, a state of life that calls for another way of living.” Fittingly, Glass composed the score for all three films. Koyaanisqatsi consists primarily of slow motion and time-lapse stock footage of cities and natural landscapes across the United States. Glass has done some solo work in the form of musical poetry, and this film is typical of the type of work he tends to do.

Glass’ opera “Akhnaten” will be performed March 19 and 27, and LBO has incorporated several ‘Glass-centric’ events throughout the L.A. area with the Pacific Symphony for the Philip Glass Festival. What is so special about this screening is that Koyaanisqatsi is rarely screened in a theater, much less in our neck of the woods. What is guaranteed about this film: The score will be to die for.