Both Bruins and Trojans Stumble On the Diamond 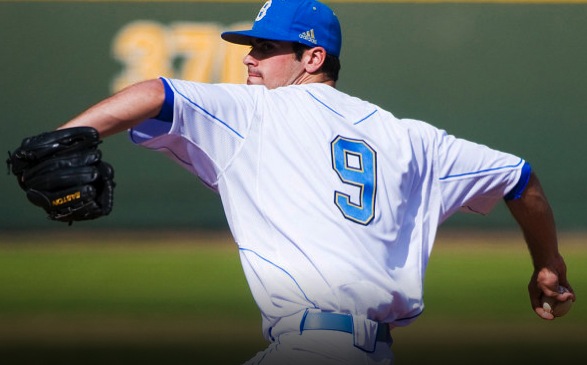 The UCLA Bruins continued their eight-game homestand and lost two of four last week, while the Trojans took one of four contests on the road.

Pitching was key yet again for the then No. 2-ranked Bruins against Pepperdine on Feb. 22, silencing the Waves with a 9-0 score. Five different pitchers saw action in the shutout, but sophomore Scott Griggs received the win after four innings of work. Griggs allowed two hits and two walks, while striking out five batters.

However, the Bruins fell in the next two home games to the visiting San Jose State Spartans, suffering 5-3 and 8-3 defeats, respectively.

UCLA bounced back in their series finale on Sunday, earning a 12-2 victory and marking their overall record at 5-2. Freshman pitcher Adam Plutko made more noise, gaining his second straight win of the season in seven innings of work. Plutko allowed one run on four hits and two walks, while fanning four in 97 total pitches.

Infielders Dean Espy and Cody Regis contributed a lot of work offensively. Espy was 2-for-5 with four RBI and two runs scored, while Regis collected three hits and three RBI.

After visiting the San Diego State Aztecs on Tuesday, March 1, the Bruins travel to the Midwest to face Nebraska in Lincoln for a three-game series from Friday to Sunday.

Before experiencing a road sweep against Rice in Houston, Texas, the Trojans (3-4) topped the UC Riverside Highlanders in Riverside Feb. 22.

A 3-for-3 night from Joe De Pizo, who scored twice and had an RBI, helped the Trojans in a game where the Highlanders collected 12 hits compared to USC’s eight. James Roberts had two RBI with one hit.

USC faces a tough this week with one game at Long Beach State (Tuesday) and three against Cal State Fullerton, two in Fullerton and one at home in Dedeaux Field.