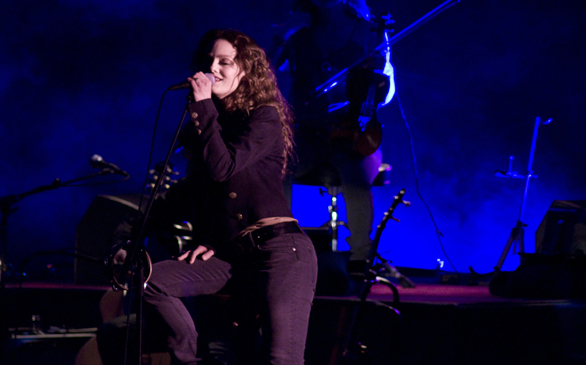 Walking into the Orpheum was like walking into a theater in France. The atmosphere and the audience itself were transformative, and the vibe was amazing.

Vanessa Paradis commanded the stage with a very sensual and confident presence. Along with her accompanying band, Paradis played music beautifully and made sure each of her band members had their moment to shine.

While I only wish I spoke enough French to have been able to sing along, the feel and the mood of the music was universal. Language barrier or not, the messages of the songs were clear. She did cover some classics in English, including “Wonderful World” and one of my favorites, Jeff Buckley’s “Hallelujah.” Her cover of the song was a quietly somber part of the night, but with the help of not one but two encores, the mood was lifted as the show ended.

For the people who have not had the pleasure of hearing Paradis play but know her for her connection to Johnny Depp (Yes, he was there and seemed to be having a great time watching her hold the spotlight.), anyone would feel lucky to have the opportunity to see her live.