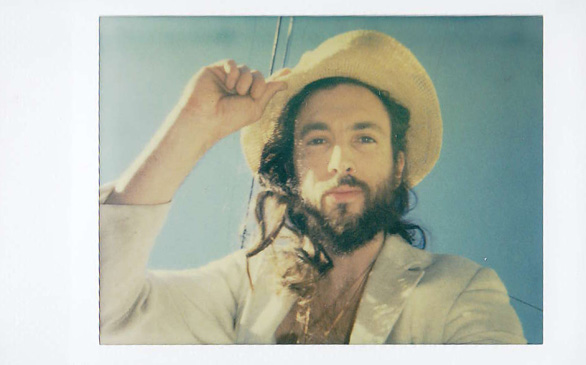 The free-spirited, foot-stomping, fun-loving frontman of Edward Sharpe & the Magnetic Zeros and Ima Robot has returned; this time with a solo album, and Alexander Ebert is taking chances.

Ebert’s music just feels right. This time around Ebert does without an alter ego and assume the moniker ‘Alexander’ for his appropriately self-titled album that releases this week. Alexander is replete with a thematic polarity that offers listeners both serious messages and serious fun. In his lyrics, Ebert explores night versus day, love versus hate and up versus down; the only constant throughout the album seems simply to be great music.

The album opens with an upbeat sing-along track titled “Let’s Win!” where Ebert is searching for the key to life.

The album only gets better as it progresses. “Awake My Body” is a prayer while “Truth” is a dose of reality: the second and third tracks respectively.

“[Hip-hop has] maintained a thread for me throughout all this time even though I’ve taken major departures from it. A song like ‘Truth’ on the Alexander album is me basically rapping. I think it qualifies. The track is basically a backpack hip-hop experimental pop track,” says Ebert.

The fourth track of the album, “In the Twilight” is undeniably catchy and sure to be replayed.

“‘In the Twilight’ is just the notion of, what if it’s neither really day or night? It’s all sort of bleeding into each other. Day doesn’t just switch to night and the night doesn’t just switch to day. Einstein was really trying to figure out the theory of everything. He was calling it the M-theory. Scientists have been desperately trying to figure out the theory of everything, the one formula for everything in the world, but they haven’t been able to find it yet. That’s the point of the song,” says Ebert.

Ebert is wholly invested in self-discovery with Alexander, an aspect of life he feels he has improved on since the release of Edward Sharpe & the Magnetic Zeros’ freshman LP.

“When I started Edward Sharpe, I was coming back to myself. It’s not that I feel like I’ve reached the summit, I just feel like I’m on the mountain. With Edward Sharpe I was sort of envisioning the mountain. I wasn’t quite even on it yet when I started writing the music. It was sort of hopeful. It was hopeful for myself and for everything. I wasn’t necessarily speaking from experience; I was speaking from a will to go there,” says Ebert.

Ebert is definitely on his way to the summit with Alexander, and it will be interesting to see what happens when he gets there.

“It’s just fun to do, is the bottom line. But as it progressed, some of these songs I was really falling in love with. I just felt like it was time to have my own avenue … and an album started developing. It was very fun, but it was very hard work.”

Whether you’re looking for something profound or just something good for the ears, you won’t be disappointed by Alexander.