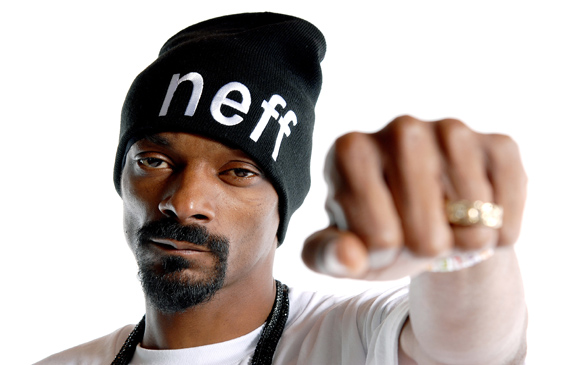 Snoop Dogg has continuously proven why he remains to be the King of West Coast hip-hop. In a genre where age can come as a disadvantage and sound and fashion rapidly changes, Snoop without a doubt remains relevant and has dominated the West Coast with no worry of losing his crown. Eighteen years deep in the game, Snoop is releasing his 11th album, Doggumentry, March 29.

Over the All-Star weekend, we had the privilege to attend Snoop’s listening party for his new album at Capital Records. In an orchestra-style recording studio consisting of wooden walls and a high round ceiling stood Snoop on a stage accompanied by his entourage. There he sat lighting a marathon of blunts while answering questions and flipping between tracks from his new album. It was like experiencing a live music video as he mouthed the words to each song, with beautiful models, plenty of alcohol and enough marijuana smoke to put Cheech and Chong to shame (no disrespect).

All jokes aside, it was a great event full of eccentric tunes and chill vibes. From banging 808s to acoustic guitar riffs, Doggumentry is guaranteed be a classic. Features include Kanye West, Wiz Khalifa, Willie Nelson, John Legend, Daz Dillinger and Too Short; with production by the Guerrillas, Kanye West, Jake One, David Banner and Meech Wells. —Da Ron Jackson

Lamb of God Hits the Wall

If you’ve recently purchased Lamb of God’s Hourglass anthology on vinyl, USB or as one of several different CD box set combinations you probably think you have all of the band’s output. You do, with one exception, and that would be the track “Hit the Wall,” which has previously only been available on the “Iron Man 2” video game. Now you can download the full version of the song, with vocals, at lamb-of-god.com. And if you want to keep your LOG collection completely current, you’ll need to pick up a copy of the April edition of Decibel Magazine, on stands now, where “Hit the Wall” is featured on the issue’s included Flexidisc.

Julien’s Auctions, the world’s premiere entertainment memorabilia auction house located in Beverly Hills, has announced the sale of exclusive property from legendary guitarist and musician Slash. Included in the auction sale are some of the iconic, Grammy-winning artist’s guitars, vehicles, personal furniture and décor from his Hollywood Hills home. Guitars are expected to go in the thousands of dollars but some of the home furnishing items and things like sunglasses and performance-worn T-shirts are expected to command amounts in the low hundreds. Fans and potential buyers can view the items free of charge March 7 to 25 at Julien’s (9665 Wilshire Blvd., Ste. 150). If you intend to bid on an item, you must register to do so on the auction house’s Web site or call (310) 836-1818. Slash will be donating a portion of the proceeds to the Los Angeles Youth Network, an organization that helps neglected and abused adolescents become self-sufficient.

The lineup for the local stop of the Fourth Annual Rockstar Energy Drink Mayhem Festival has been announced. Disturbed, Godsmack and Dethklok will headline the main stage, where rotating slots have also been allocated to Testament, Machine Head and Trivium. The event’s Jägermeister stage will host Unearth, Kingdom of Sorrow, Red Fang and the still-to-be-announced winners of Jäger’s battle of the bands. The Extreme stage will spotlight Suicide Silence, All Shall Perish and Straight Line Stitch. This lineup is for the festival’s opening day, July 9, at the San Manuel Amphitheater in San Bernardino only; on almost all other tour stops across the country Megadeth will replace Dethklok and In Flames will replace Testament. rockstarmayhemfest.com

One Bite at a Time for Umphrey’s McGee

Umphrey’s McGee plan to release a collection of new music soon, but not as an album. Instead, the band will offer up the new material via a series of digital EPs. Visit umphreys.com for news of the bite-size music portions from the band’s perspective as well as full details of the upcoming releases and a free mp3 download of the new song “Wellwishers.” Umphrey’s will be in town March 17; their St. Patrick’s Day show takes place at the Hollywood House of Blues.

Leisha Hailey and Camila Grey, aka Los Angeles duo Uh Huh Her, have opted to eschew glossy production and tap into old rock influences instead for their new release, Nocturnes. “I feel like back then, the music I gravitated towards had a pulse and was mysterious and seductive,” says Grey. “I wanted to bring some of that to the table because I feel as though these days everyone has their cards on the table.” The electro-indie act’s “Same High” appeared in the film The Kids Are All Right and will also be included on Nocturnes, which is set to drop in late spring on a date yet to be determined. In the meantime, Uh Huh Her appear at the El Rey April 1.

Against All Will Climbing the Charts

Los Angeles-based band Against All Will has rocketed into the Top 15 of Sirius XM’s Octane chart with their hit single “The Drug I Need.” From the band’s current album A Rhyme & Reason, “The Drug I Need” was written by AAW’s guitarist Jimmy Allen, who knows a little bit about writing hits. Allen is the former lead guitarist for Puddle of Mudd, for whom he co-wrote biggies “Blurry,” “She Hates Me” and “Drift and Die.”