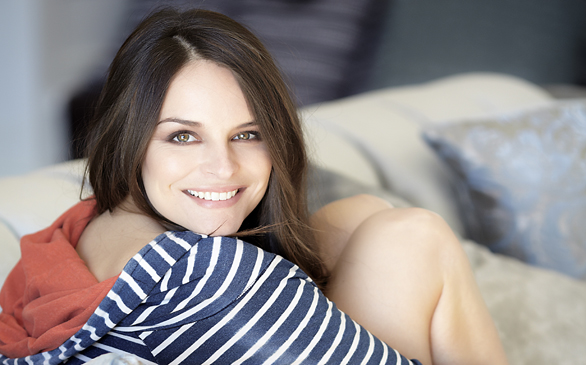 Armed with a good education and powered by sheer drive to make it, Yara Martinez has put herself on the map in popular TV shows like “Chase,” “CSI: NY,” “Southland” and now, “Breakout Kings.”

Cuban by blood (She was born in Puerto Rico and raised in Miami.), Martinez grew up by the beach and attended a traditional Catholic girls’ school. During the summers, she traveled to New York to study theater. After graduating, she moved to Manhattan and earned her acting chops the hard way: doing theater while doubling as a cocktail waitress in a bar catering to Wall Street businessmen. Martinez has no fond memories of waiting tables for New York’s banking elite, but does admit it had its benefits.

“I hated waiting tables! But it was good for the money,” she admits. “It was good because it definitely gave me a thick skin for [the film] industry. I feel like going to New York was good for that, plus I got to do theater, so that was really cool.”

Martinez literally pounded the pavement, some days strapping on a backpack full of different looks and hiking throughout the city to various auditions. Feeling her way around the acting world and auditioning in New York eventually brought her to Los Angeles.

“I was trying to get an agent and a manager, and in the midst of all that, I was able to get into some pretty good auditions. I got to audition for James L. Brooks, and he was really complimentary of my skills, even though I didn’t get the part. And then I was actually flown out to test for this pilot in Los Angeles, and when I was here I just realized how much more work was out here, and how much faster it moved along. I just moved here, and it felt right.”

Once on the West Coast, sans an agent or manager, Martinez busied herself knocking on the door of L.A.’s TV industry. She had heard accounts of how actors typically got their starts out here, but decided to do things a little differently.

“Instead of doing this mass mail-out [of headshots and resumes], I looked up on IMDbPro, even though people say not to do this, it actually worked for me! I looked up certain actors that I liked. Their managers had their e-mail address for contacting them, so I e-mailed their managers.”

Martinez also dropped some names on the 10 or so managers she had picked and let them know she was here and ready to work. She was surprised to receive some callbacks shortly after.

“That’s how I got my manager,” she states, “and through her, I started auditioning.”

After that, Martinez auditioned for a pilot with Sean Bean. The pilot was ultimately unsuccessful, but her career began to take off.

“It went really well and because of that, I was lucky enough,” she starts. “You know once someone takes the risk with you, then everyone else won’t be as apprehensive to do so. You kind of need a few people to just take that chance.”

Martinez has found a few of the right people to take a risk on her, because she’s found success on TNT’s police drama “Southland.” In the series, she plays Mariella Moretta, wife of Detective Nate Moretta (played by Kevin Alejandro). Martinez has worked with Alejandro and Shawn Hatosy, who plays Detective Sammy Bryant, on previous productions. She’s a fan of both actors’ work and attributes this to their great dynamic when working together.

“When I work with [Shawn], he lifts it to another level. I was really happy to go to ‘Southland’ and be able to work with Kevin again and Shawn, because they’re honestly two of my favorite actors.”

Although “Southland” has a reputation of being a very technical production, Martinez says it’s actually more of an improvised show.

“Which is what I love about it,” she says. “They let the actors kind of just be free.”