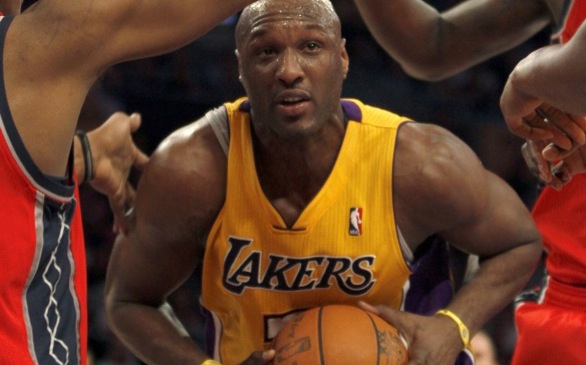 On a national stage Sunday afternoon, the Los Angeles Lakers knew just what to do when visiting the NBA-best San Antonio Spurs.

From the beginning until the finish, the Lakers showed intensity. They displayed their physical, shooting and size talents. As a result, the Lakers embarrassed Tim Duncan, Tony Parker and their team in San Antonio.

At one point, the Lakers controlled an edge of over 30 points, even though the final outcome, 99-83, did not show that. However, everyone else who watched knew what had occurred, particularly the hosts and their fans that left early.

After a 34-point first quarter, where the Lakers held the Spurs to just 13 points, the game was a matter of minutes from being over. As usual, Kobe Bryant played solidly, netting 26 points while collecting seven rebounds and dishing five assists.

He downplays the big victory though.

“I don’t think it’s that big of a message that we sent today,” Bryan tells reporters.

Bryant and the Lakers shot 46.7 percent from the field, as they held the Spurs to 36 percent.

Los Angeles has now won seven consecutive games since the All-Star break, and they are doing it with power, depth and mental concentration. The scary part is that the Lakers have substantially improved their defensive schemes, both as players and a team.

Before they reach colossal showdowns against Miami (March 10) and Dallas (March 12), the Lakers (45-19) continue their tough four-game road trip against the Hawks (37-26) in Atlanta on Tuesday, March 8. Tipoff is at 4 p.m.