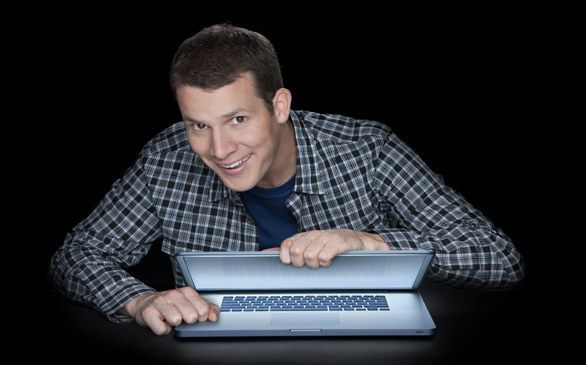 Daniel Tosh may be the only comedian able to toe the line of racism with a grace normally reserved for someone much less lanky. Tosh’s comedy is a trip back to the way comedy used to be with Richard Pryor, George Carlin and Bill Cosby, where comedy wasn’t simply a vehicle for a quick laugh, but rather attacked deep-seeded societal issues that many are too afraid to face. With repetitive ease, he offers continuous and sardonic commentary on subjects like race, domestic abuse, fidelity and HDTV.

Tosh has done this in his first two comedy specials, the first titled True Stories I Made Up and the well-received Daniel Tosh: Completely Serious, which earned Tosh his own show on Comedy Central, “Tosh.0.” Quickly, the irreverent comedian has become one of the most in-demand young comedians in the country.

But what’s the reason for Tosh’s recent burst of success? He doesn’t represent recurring themes in our lives like the Blue Collar Comedy Tour or say things in public that we only say in the privacy of our living rooms like many more ‘edgy’ comics. Instead, Tosh represents that sick, dark and twisted area of our brain that we only access at our most witty, and he articulates that portion with comedic poeticism. His simultaneously disturbing and wildly entertaining sense of humor adds complexity to his high energy on stage and preppy look.

With jokes from fraying pant legs and inseams to hating the poor and “febreezing the homeless,” Tosh offers comedy that doesn’t simply make you chuckle quietly, but challenges you to keep up and then rewards you with giant guffaws of laughter. Tosh does not disappoint in Happy Thoughts, yet another successful Comedy Central special.