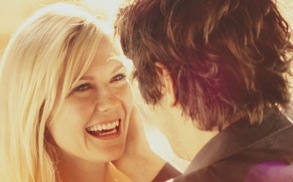 After spending the last few years being inundated with countless movies trying to convey a message, Battle: Los Angeles offers a breath of fresh air as this year’s first big blockbuster. This apocalyptic war movie follows a small U.S. Marine detachment as they try to rescue civilian survivors and eventually the entire human race from certain annihilation at the hands of invading extraterrestrials.

Battle: Los Angeles provides visual spectacle – it’s exactly the kind of guilt-free thrill ride audiences have been waiting for. After years of Hollywood film houses smothering moviegoers with doomsday blockbusters that were only thinly veiled public service announcements about the dangers of oil consumption, global warming and nuclear weapons, it’s refreshing to watch a big-budget movie that isn’t trying to convince you of anything (except that Aaron Eckhart can play the leading man in an action hero film).

Director Jonathan Liebesman describes his movie as both a war movie and an alien movie, combining elements of Saving Private Ryan and the Aliens series he watched growing up.

“We all love these kinds of movies,” Liebesman says. “I think what we were trying to do was make a war movie that had aliens, rather than an alien film that just happened to have soldiers in it as an afterthought. It was just an opportunity to try and examine what an alien invasion would really be like from the point of view of a platoon.”

This look is accomplished by alternating the cinematography style back and forth between epic battle scenes depicting the city-wide aftermath of a cataclysmic alien invasion and shaky urban combat scenes filmed with hand-held cameras that allowed the audience to see the war from the infantry’s perspective.

“I think if you look around the world today you see a lot of embedded Iraq sort of footage,” says Liebesman, “and to have aliens within that world is fascinating and a great juxtaposition.”

The film’s opening scene barrages viewers with explosive imagery as armies of aliens turn the Los Angeles beachfront into their own version of Normandy. The military immediately establishes Los Angeles as a war zone, threatening to eradicate the advancing threat by carpet-bombing the barely evacuated city of Santa Monica in less than three hours. Fighting both a ticking clock and a powerful adversary, the small Marine unit must infiltrate, extract and evacuate before the air strike demolishes everything west of Lincoln Boulevard. As the Santa Monica Pier burns out of control, it’s hard to ignore the tingling sensation of hometown familiarity that bubbles into your consciousness while you sit in the comfort of Third Street Promenade’s AMC Santa Monica 7 watching aliens blast the promenade into oblivion.

The pace of the film remains urgent without losing its audience as the plot follows its sensational introduction with a flashback to the previous day, where we are introduced to our oblivious heroes. The characters are all standard-issue war film fare – enlisted man, disillusioned by 20 years of hard decisions; the young officer who is eager but inexperienced, leaving him overwhelmed in the heat of combat that isn’t simulated; the unit of Marines that must overcome their differences to fight a common enemy. But what Battle: Los Angeles lacks in character development, it more than makes up for with watchability and lucidity.

It seems the stranglehold of global warming paranoia has finally come full circle, controlling the very movie industry from which it was born. If the plot of every blockbuster produced in the last couple years is any indication, the human race is inevitably doomed, no matter which metaphor for “reckless consumption” Hollywood chooses to cleverly employ, be it robots from the future (Terminator: Salvation), robots from outer space (Transformers), ancient Central American calendars (2012), or … wind (The Happening). We get it: Earth is in trouble.