Jane Eyre: What Mia Wasikowska wants, she gets. 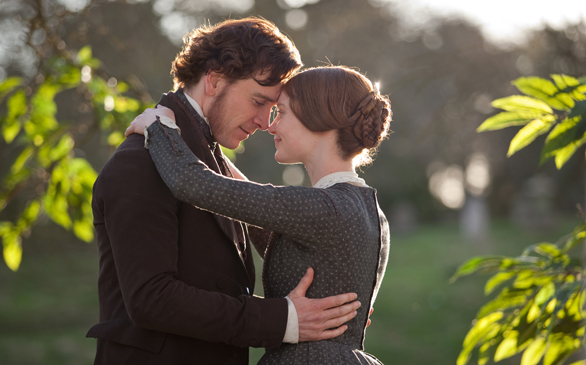 At the 2009 Sundance Film Festival, Cary Fukunaga made a triumphant debut with his first feature, Sin Nombre, winning both the Directing Award and Excellence in Cinematography Award. Written and directed by Fukunaga, every frame was stunning, haunting filmmaking prompting Focus Features to quickly snatch up the film and the young director, signing the 33-year-old to a three-picture deal.

Fukunaga’s sophomore effort, a sinisterly seductive adaptation of Jane Eyre, stars Alice in Wonderland and The Kids Are All Right star Mia Wasikowska as Jane, a governess whose life is fraught with romance and tragedy, especially when she goes to work as the governess for Mr. Rochester (Michael Fassbender, Inglourious Basterds, Fish Tank).

For Wasikowska, the film was serendipitous. “I read Jane Eyre in 2009,” she begins, “I was halfway through it when I called my agent, and I asked if there was a project or if anyone was developing the script because I thought it was such a great character. Nothing was happening at the time, but two months later she sent me the script and I met with Cary. It was an amazing coincidence.”

The 21-year-old Australian actress says she found herself lost in Charlotte Brontë’s novel, which is almost entirely Jane’s internal monologue, and pining to play the title role because, “I think she’s an incredibly strong character, and she has an innate sense of self-respect [even though] there’s nowhere that should have come from. She hasn’t had a ton of support growing up; everything she’s achieved or become is what she’s made for herself. I thought that was incredible.”

The role also gave Wasikowska the chance to get up close and personal with one of Hollywood’s newest crushes, the man known in certain circles as “The Fassbender Boner” due to the effect he has on men, women and even horses.

“He’s wonderful, and we got [along] right from the beginning,” Wasikowska smiles. “When you have to have such an intense relationship, it’s invaluable to get [along] with the person you have to do that with.”