Is This the Year for the Galaxy? 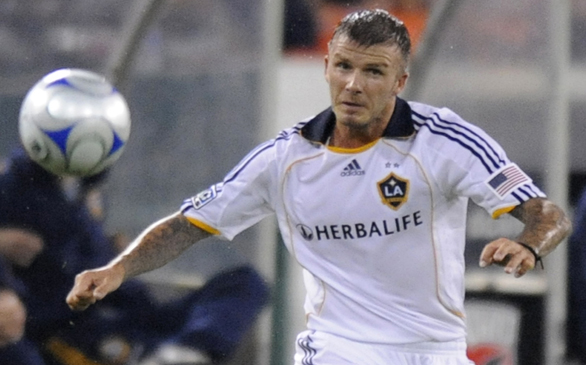 David Beckham and the Galaxy get fit for the new season.
(Credit: Chuck Myers/MCT)

It is do or die for the Los Angeles Galaxy this coming MLS season with David Beckham’s expiring contract ending after their 2011 campaign.

Yes, the Galaxy have arguably become a better team, a known franchise and generated more business since Beckham’s arrival in 2007, but they have not won a MLS Cup. This is simply what the organization wants.

Beckham’s future is uncertain, but he could sign another contract with Los Angeles. Or, as rumor has it, Beckham could purchase a current or an expansion MLS team. No one knows.

In terms of soccer playing, the Spice Boy enters his final year of a five-year deal worth $32.5 million he signed after leaving Spain’s popular club Real Madrid. However, according to industry experts, the deal has been worth more than $250 million in salary and commercial endorsements, practically allocating him $1 million per week.

“David Beckham is a global sports icon who will transcend the sport of soccer in America,” MLS commissioner Don Garber said in 2007. Beckham has improved MLS’ reputation over the years.

“He wants to play on a winning team and be part of a winning organization and help build the game in the United States,” Gulati stated five years ago.

Wherever the Galaxy have competed, the stadiums have been almost filled, if not sold out. Beckham’s arrival triggered more moves from overseas soccer stars signing with our nation’s top soccer league.

By coming to the United States, Beckham began the movement, and the Galaxy facilitated the process with the signing. But they will have to win it all this year in order to call the experiment a true success. The Galaxy have not won a MLS Cup since 2005.

So what has Beckham, who is married to Spice Girls’ Victoria Beckham, done before the season, which opens in less than two weeks? At age 35, Beckham has participated in several rigorous workout sessions, including a preseason stint with England’s English Premier League club Tottenham.

Although he wanted to compete in games with Tottenham via a loan deal, the Galaxy did not accept the idea and limited Beckham to only training. However, he arrived in Los Angeles in top soccer shape.

“I could have been sitting on the beach somewhere, which obviously was an option, but at my age and at this stage in my career, I can’t afford to take three months holiday,” Beckham said during the week he reported to the Galaxy.

Even though Beckham had a desire to compete in the EPL yet again, he assures that his predominant goal was to become as fit as possible.

While the English star trained overseas, the Galaxy made several acquisitions to bolster their squad. The most prominent is the signing of Angel, who will add depth and indeed become the leading forward for the team as he develops into a go-to striker offensively.

Forward Chad Barrett, 25, and veteran defender Frankie Hejduk, 36, are now with the Galaxy as well as Argentine midfielder Miguel Lopez (22) and Uruguayan midfielder Pablo Cardozo (21). Los Angeles did a solid job in the draft, too, selecting a total of six individuals.

Due to the off-season moves, Edson Buddle and Tristan Bowen, both forwards, are no longer with the Galaxy.

Beckham and the Los Angeles Galaxy open their 2011 campaign on the road, visiting the Sounders FC on Tuesday, March 15, at 6:30 p.m. in Seattle, Wash. Their home opener is scheduled for Sunday, March 20, at 5 p.m. against the New England Revolution at the Home Depot Center in Carson.

“It’s not about validating my time here at the Galaxy, it’s about the club being successful. Of course, I want to win trophies, I want to win championships, but the most important thing is the club,” Beckham adds.