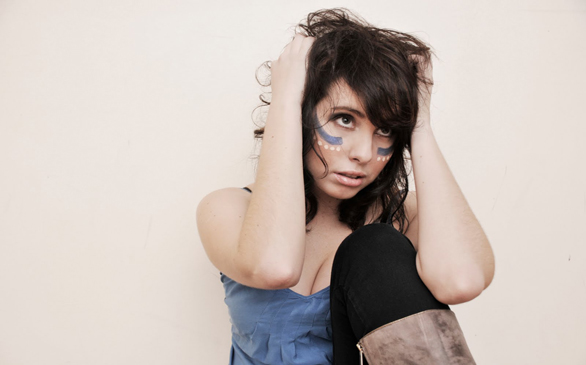 Lelia Broussard May Be a Star

Twenty-one-year-old Los Angeles resident Lelia Broussard has been selected by Rolling Stone Magazine as one of 16 finalists in their Do You Wanna Be a Rock & Roll Star contest. Broussard is not signed to a label, but she’s far from inexperienced; her new album Masquerade, previously available in digital format only, is her fourth overall and is scheduled to drop on CD on April 5.

You can help Broussard take her career to the next level by voting for her at rollingstone.com/choosethecover before March 16 when half the contestants are eliminated. The last two artists standing battle it out on stage at this year’s Bonnaroo Music Festival, and the ultimate winner gets a recording contract with Atlantic Records as well as the cover of Rolling Stone.

Slightly Stoopid Wonders: What Are You Doing 4/20?

OK, I think we know what you’re doing at 4:20 in the afternoon. But are you available on April 20 when Slightly Stoopid presents their annual 420 at the Greek show at the Greek Theatre? The show kicks off the Greek’s 80th-anniversary celebration and finds original Bad Brains member and Jamaican dancehall icon Barrington Levy opening the show. Levy is also one of many guests that have been spotted heading into the studio where Slightly Stoopid is working on their seventh studio album; other suspected collaborators include G. Love, Cypress Hill, Don Carlos, Del the Funky Homosapien, Ian Neville and Collie Buddz. The guys hope to have the new one finished by late summer.

Hollywood Stars Inspire With Words For You

Words For You was released in the UK in 2009, and it became an unexpected smash hit; now Universal hopes to repeat the success here with cuts like Streep’s reading of Khalil Gibran’s “On Marriage” set to music by Bizet. All artist royalties are being donated to First Book, an organization that provides new, high-quality books to children in need as a means of fostering literacy.

Los Angeles-based heavy rock band LetLive has signed with Epitaph Records, and an album called Fake History is set to drop on April 12.

“When thinking of Epitaph Records I affix Bad Religion, Atmosphere and the reawakening of the late great Refused to those thoughts,” says LetLive singer Jason Aalon Butler. “Now I think of LetLive. To be included in that lineage is a pipe dream realized, ladies and gentlemen!”

The original version of Fake History dropped about a year ago; the new release has all the material from the original and is additionally spiffed up with several new songs, including the Brett Gurewitz (Bad Religion)-produced “This Mime (A Sex Symbol).”

Helmet to Play Meantime at Metalliance

The lineup and dates for the 2011 Metalliance Tour have been announced. Helmet, Saint Vitus and Crowbar headline the tour and Kylesa, Red Fang, with Howl and Atlas Moth along as support acts. If that information alone doesn’t give you an idea of how heavy the music will be, then here’s an opinion straight from the mouth of Crowbar frontman Kirk Windstein.

“Wow! This bill will bring just what we need to crush each city with an avalanche of stylistic thunder!”

Helmet will be playing their 1992 platinum-selling release Meantime in its entirety at each Metalliance stop, including at the House of Blues Sunset Strip on April 5.

If you missed Barbara and Ethan Gruska, aka the Belle Brigade, during their recent Spaceland residency, here’s another chance to see them live. The band plays the House of Blues Sunset Strip April 9 where they’ll preview their new self-titled effort that’s due April 19.