Niceness in the ’90s: An Indie Music Memoir 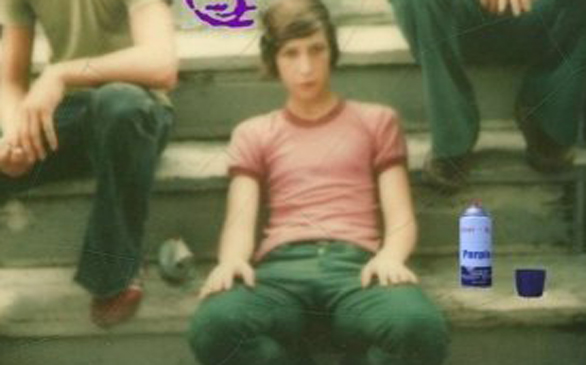 Jim Miller’s ironically titled Niceness in the ’90s (the ’90s obviously were not all nice) is part alternative rock memoir, part family and friendship rumination. Chicago-native Jim Miller moved to Los Angeles to try his luck as a local musician, and he was consequently at the forefront of alternative music when up-and-coming bands played at now-closed haunts such as Raji’s, Al’s Bar, Jabberjaw and other clubs that were once a fixture of the underground music scene.

Miller has a matter-of-fact, deadpan style, which suits his remembrances of music, acquaintances, family and landmark social events. Miller’s subjective voice personalizes the rise of grunge (L7 has a prominent role in several chapters.), the 1992 Los Angeles riots, the 1994 Northridge earthquake and his involvement in lower-echelon groups Trash Can School and Black Angel’s Death Song. Loss and good times are covered, from the passing of one of Miller’s brothers and the suicide of Kurt Cobain, to bowling parties at Hollywood Star Lanes with teams consisting of local indie music performers.

Miller’s short book is a quick, enjoyable read which seems aimed mostly at those who contributed to or lived through Los Angeles’ indie music scene two decades or so ago, while Miller’s brief chapters – such as “Jim’s Heroin Experience,” “Rock for Choice” and “Your Local Police” – sum up Miller’s autobiographical moments. Archival photos provide a look through the historical prism with candid pictures of L7, Possum Dixon and Miller’s own groups as well as family and friends.

Miller skips a few things, such as being a promoter, club booker and band manager (There’s no mention of Third Grade Teacher?), nor does he include any of his music (A CD or a link to a streaming Web site would have been helpful.), although he does list song lyrics he penned.