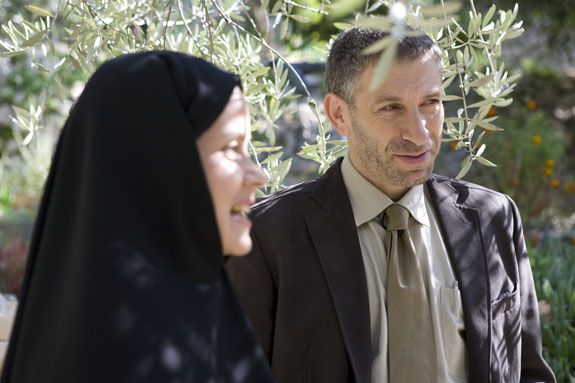 Infused with dark humor and tender wit, The Human Resources Manager is a bittersweet, subversively funny film that was Israel’s entry for Best Foreign Language Film this year (though it didn’t make the final cut).

Following a titular human resources manager of Israel’s largest industrial bakery who is forced to embark on a transformative trek to Romania to accompany the body of an employee who was killed in a suicide bombing, The Human Resources Manager shares a great deal with director Eran Riklis’ previous films, Lemon Tree and The Syrian Bride, all stories that skate around the fragility of life while focusing on investigating tenuous human relationships.

In this case, the movie is at its best when Riklis allows his motley crew of a cast to be subtly hilarious as they sink deeper and deeper into Eastern Europe.


The Human Resources Manager releases in select theaters March 11.
Article posted on 3/10/2011
This article has been viewed 1572 times.