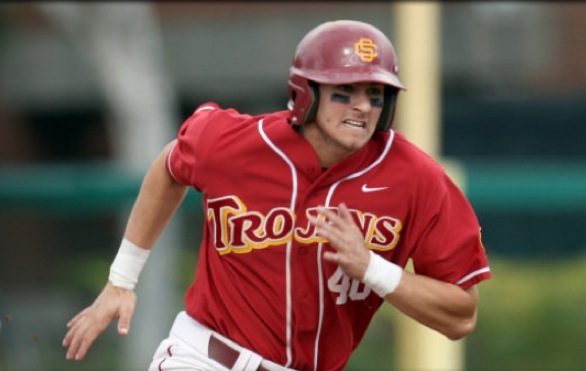 A total of four college baseball teams took part in the Dodgertown Classic over the weekend at Dodger Stadium.

Including wins over No. 13-ranked UCLA and USC, the Georgia Bulldogs became the only undefeated team in this second annual event, which also featured the St. Mary’s Gaels. However, the public and media did not care about any of that. It was all about Sunday afternoon’s matchup between crosstown rivals UCLA and USC.

With a crowd of over 11,000 fans, the Trojans (5-10) did not disappoint after shutting down the fading Bruins (8-6) by a score of 2-0. Senior right-handed pitcher Logan Odom tossed 7.1 innings of scoreless ball en route to earning his first season victory in fine fashion. Odom collected four strikeouts, while allowing four hits and two walks.

Offensively, junior infielder Ricky Oropesa and sophomore infielder Adam Landecker did damage for the Trojans, who also topped St. Mary’s 6-2 two days earlier. At the bottom of the third inning, USC grabbed a 1-0 edge with Oropesa’s single to the right side that scored Kevin Roundtree from second base. Immediately during the next inning (the fourth), USC responded with another RBI single to right field. With runners on first and third, Landecker increased the Trojan lead to 2-0 after Jake Hernandez plated home. It was all about pitching thereafter, as USC closed the game out after using five total pitchers on the day. Chad Smith, who had 1.1 innings of work, earned his second save of the campaign.

“You can’t ask for anything better,” Smith tells reporters after the victory.

USC hosts a five-game homestand this week, starting with two games against Louisville on Tuesday, March 15, and ending with three versus University of Pacific on the weekend. Meanwhile, UCLA is looking to bounce back into the top of the polls with a three-game north road trip starting Saturday against the Cal Poly San Luis Obispo Mustangs.

“We have to get a lot better. We’re an average team right now,” Bruins head coach John Savage says to the media after the loss. “We know we have abilities to be real good, but we need a different mindset and a different approach because the one that’s out there right now is clearly not working.”