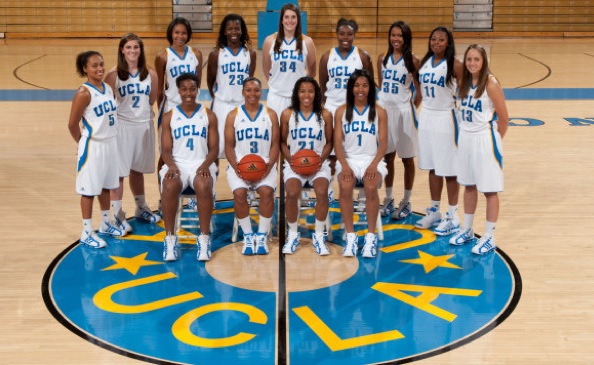 A strong finish in the Pac-10 Conference tournament and placing second during the regular season standings came with a delight after the UCLA women’s basketball team earned a three seed in the Spokane Regional of the NCAA Tournament.

UCLA’s four losses resulted against tough competition, suffering defeats thrice to No. 2 nationally ranked and top seed of the regional Stanford (27-2 overall, 18-0 Pac-10) and once to Louisiana State.

The Bruins had a shot at potentially receiving a two seed in the Pac-10 Conference tournament title game, but the Stanford Cardinal fired a come-from-behind 64-55 win to capture the automatic bid to the dance.

“I think this group did an amazing job, pretty much for about 32 or 33 minutes of the game,” UCLA head coach Nikki Caldwell said to the media after the loss. “Then there was the run and you knew it was coming. This group is tough and they’re resilient, but we couldn’t go deep in our bench tonight, and I think that hurt us a little bit.”

Now, both programs could meet again in the NCAA Regional Final and the UCLA bench’s production could make the difference if facing the Cardinal four a fourth time in the 2010-2011 campaign.

After winning the Big Sky Tournament, Montana earned its right to automatically appear in the NCAA tourney. Sophomore forward Katie Baker leads the Lady Grizzlies with averages of 11.9 points and 7.4 rebounds per game.

If a win is gained, the Bruins would face the winner between sixth seed Iowa and 11th seed Gonzaga, who is hosting the regional at the McCarthey Athletic Center, on Monday, March 21, at 6:30 p.m. Pacific Time.