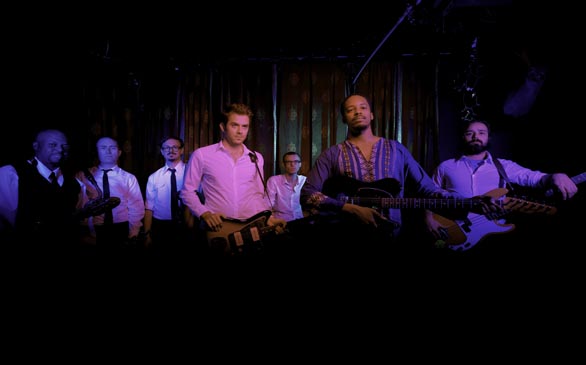 Black Joe Lewis & the Honeybears offer a new album that’s both raw and high energy. A follow-up to their debut release, Tell ’Em What Your Name Is!, the album has riveting, gritty riffs and is served up like some down-home cookin’ for your soul.

Produced by Jim Eno, drummer for Spoon, some of the featured songs on Scandalous include “She’s So Scandalous” and “Mustang Ranch.” With dashes here and there that are reminiscent of the Godfather of Soul himself, Scandalous adds an extra beat to the heart, making this a highly anticipated album to kick off the year!