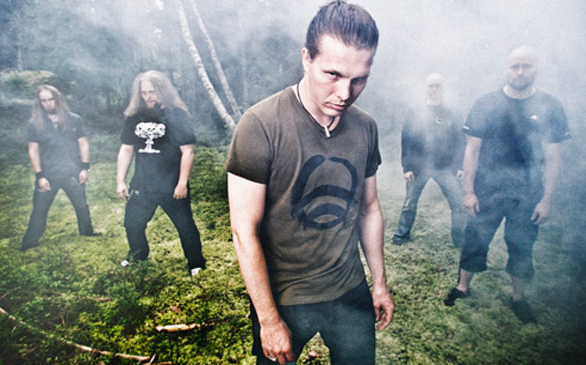 This Finnish act refers to their music as death metal, but that’s an oversimplification of a style that relies heavily on a prog sound. A few things distinguish Omnium Gatherum from other acts operating in the genre; first are the sweeping keyboard and soaring guitar melodies that they employ on songs like “Everfields.”

You’re not going to hear big, lush melodies from many death metal bands. Then there’s the way that the drumming is incorporated into the overall sound as opposed to being mixed up front to pummel the listener senseless.

Perhaps the biggest difference though is the way that the distorted vocal effect is used by frontman Jukka Pelkonen; most death metallers are going to tweak the vocals until the singer sounds like Satan constipated whereas Pelkonen is far less scary than that with a growl that sounds more like that of a lumbering, pissed-off giant.

Those who like their death served up hard and fast in a festering, noisy pile will have little use for Omnium Gatherum. On the other hand, listeners that can enjoy a bit of a soothing balm on the way to the grave will find the melodic metal lurking in the New World Shadows quite agreeable.