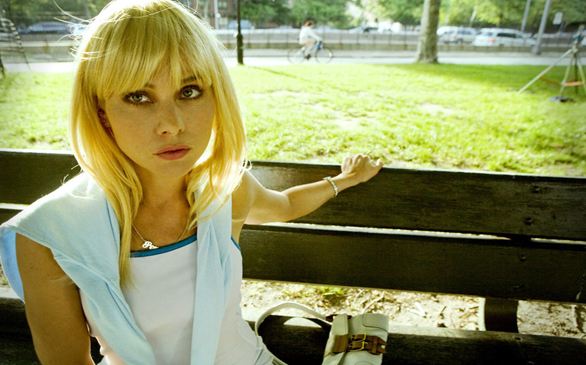 It begins with interest, next comes love and then an exclusive relationship, marriage and finally a baby in a baby carriage. This is what a monogamous relationship is all about; it is built upon trust and commitment with a touch of love.

Monogamy, directed by Dana Adam Shapiro, explores the themes of monogamy and its difficult nature – it’s a serious deal that requires an unbelievable amount of willingness to commit. Chris Messina is Theo, a wedding photographer who is about to marry Nat (Rashida Jones) when one of his clients, Subgirl (Meital Dohan), sparks a dangerous infatuation.

In Dohan’s words, Monogamy is “a hip, psychological drama/thriller that is beautifully shot and relatable.”

“We don’t know anything about [Subgirl], except that she tempts Theo … but why? How do we interpret her?” says Dohan about her interesting and challenging character.

The way in which Dohan interprets her character works, as she causes great psychological confusion in Messina’s character. To prepare for the film, she asked tons of questions to develop her character.

“How does she get what she want? Why does she want it? I think her needs were similar to that of Theo’s and that’s where I took it, and it was so confusing because there were so many emotions involved,” she offers.

Despite the complex nature of the emotions involved, Dohan states that she could relate to her character and knew she wanted to commit to the role almost immediately after reading the script.

“She [Subgirl] definitely needs love and is having difficulty with her life as it is at the moment. She needs something extra to fill her needs,” Dohan says.

Perhaps it is because of her ability to understand Subgirl’s need for love that Dohan successfully creates tension and suspense that adds plenty of flavor to the film.