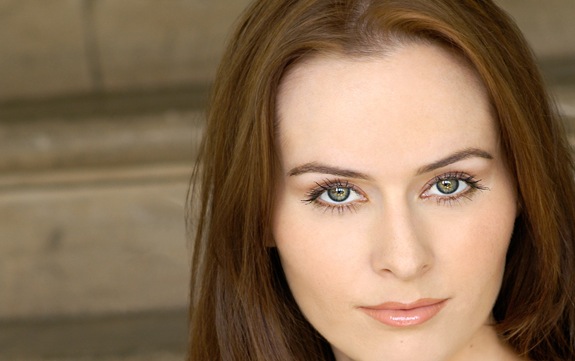 Not everyone can brag about working with Matthew McConaughey. But for actress Erin Carufel, the journey has not been all glamour and stage lights but an inherently difficult one with many closed doors.

For the multitalented actress – her accomplishments include awards in everything from beauty pageants to tae kwon do competitions – knowing what she wanted to do from an early age fueled her to keep going with her career even at the most difficult times. Despite her interests in the areas of martial arts, dance and sports, Carufel knew early on that acting was her true calling.

“I’ve wanted to be an actress ever since I can remember,” she says. “I knew I would come to L.A. and study either at USC or UCLA and get out and be an actress. It’s been great because when you know what you want do as a kid, there’s no meandering. I had no doubts.”

Carufel is inspired by actresses Jessica Lange and Gwyneth Paltrow, whom she admires for her versatility and ability to be multifaceted. Carufel’s own acting career began with her admittance to USC, where she graduated with a B.A. in Theatre in 2000.

Carufel took advantage of her time at the university, participating in about 30 student productions while she was there. They helped her when it came to acting, but the reality and pitfalls of the outside world were something completely different. Though she has already starred in a variety of TV shows, including “Scrubs” and “CSI: Miami,” and films like Untraceable, the road to success turned out to be a true test of her stamina and determination.

“It’s been probably over a decade of knocking on doors,” Carufel admits. “After the first year, some people think, ‘This is tough. I want to do something else.’ You have to really stick to what you’re committed to – it’s not going to happen overnight. Most of the times doors don’t open and you just got to stand there and keep knocking.”

But instead of letting the difficulties of the acting world bring her down, Carufel feels the challenges helped her to grow.

“It’s been a lesson in perseverance and being committed to what you love,” Carufel states.

For many, just landing a job in the acting industry is enough, but Carufel relates that despite the excitement and thrill, being on set is where the real work begins.

“There’s nothing like being on set,” Carufel says. “You work your butt off to work there, then there’s a certain breath you can take. It becomes about the work and portraying your character.”

For those just starting their career, Carufel’s story proves that trying in spite of the odds against you or the rejection is what will really get your foot into the door and jumpstart your career. Her real-world experience proves that it is possible to get a degree and land real jobs in the acting world. For fellow USC students and any theater majors looking to start an acting career, Carufel’s best advice is simple.

“Be bold. Be bold with lots of charm and lots of professionalism.”

As for her newest project, Carufel admits that the set of The Lincoln Lawyer and her time acting alongside Matthew McConaughey was nothing short of enjoyable.

“Matthew is warm and generous, and we had a lot of fun. He’s just every bit as charming as you’d think he’d be,” Carufel says.

The Oregon-native actress has made the journey to the glittering city of Los Angeles, and after many obstacles her career is now blossoming as she portrays attorney Leslie Faire in the thriller. Carufel proves that no matter the number of rejections, perhaps it is drive alone that will get an actress the roles she truly desires. She is quick to stress that it is passion for what you do that will get you far in the world of acting.