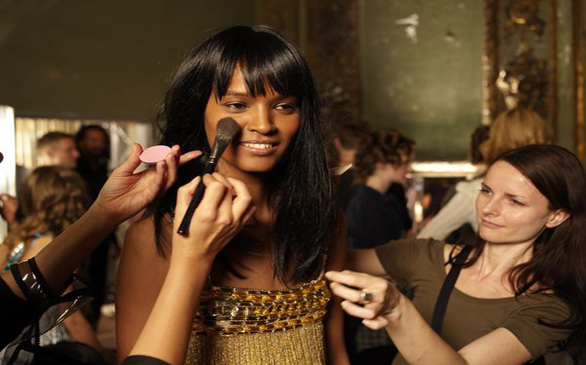 Top model and actress Liya Kebede is absolutely brilliant in Desert Flower, which is based on the autobiography of Waris Dirie, a model whose name means desert flower. Dirie started as an African nomad in Somalia and went on to achieve success as an international top model.

Her journey begins in London, where she befriended, with a great deal of persistency, a Topshop employee and ballet school hopeful, Marylin (played by Sally Hawkins), who helped her land a job in a fast food restaurant. While working there, a famous photographer discovered Waris and after much prodding from her new friend, she eventually decided to have him take her picture. He is the one who eventually helps launch Dirie’s career as an international top model.

Viewers have access to flashbacks of Waris’ life in Somalia as a nomad. The audience learns how she endured a painful female circumcision at age 3 and was sold into marriage at 13, which ultimately prompted her to run away.

After her modeling career takes off, Waris becomes a United Nations spokeswoman against female circumcision and refers to the day she was circumcised as the “day that changed her life.”

Desert Flower is liberating for all women, especially those who have dealt with overcoming cultural prejudices and norms. It sheds light on the enormously important topic of female circumcision. The way in which the issue is presented is done respectfully and is enormously touching.