The Desert of Forbidden Art 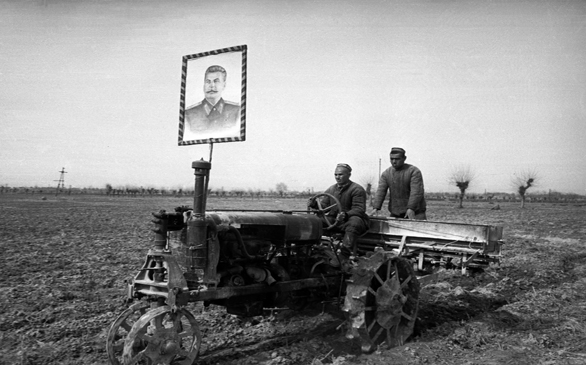 Visual art makes a statement in many cases where the written and spoken word fails. In the case of Soviet Russia, where the wrong word could get you sent off to a gulag, artists evoked a broad range of imagery to express ideas contrary to the regime. These bold artists often paid a high price, marginalized, sent to insane asylums to languish or gulags to slave and starve, their works and names largely forgotten under the weight of oppression.

Enter Igor Savitsky, Russian artist and archeologist, who, tasked with running a museum in distant Soviet-controlled Uzbekistan, defiantly used government funding to smuggle forbidden works out of Russia to be hidden away in his desert museum: the only place in the Soviet territories where these works were shown in their full glory.

It was a time in which only Soviet Realism paintings were the acceptable art form with its blatant propaganda themes portraying the happy life of the Russian worker or the bold deeds of the regime’s figureheads. Those artists that went against the grain and did not adopt this style were more than simply out of work, they were putting their lives at risk.

Taking on tremendous risk himself, Savitsky amassed 40,000 forbidden works on daunting expeditions home and subsequently preserved some of the most important works of the Russian avant-garde. Maintaining the facade of collecting Soviet-approved pieces, Savitsky transported the works to safety and even managed to pay the artists for their labor whenever possible, from Soviet pocketbooks. It’s a small miracle that he was never caught, even more miraculous that the collection is intact today in this struggling museum that continues to exist against all odds.

Directors Amanda Pope and Tchavdar Georgiev interview the children of the artists to tell the tale. Ed Asner, Ben Kingsley and Sally Field lend their voices to the journals of the artists themselves and Savitsky’s letters. The film not only tells the remarkable story of how these works managed to survive such oppression, but also of the challenges faced today by a museum with crumbling infrastructure, that is targeted by both Muslim fundamentalists and art collectors seeking to make a profit from the dispersal of the collection. It’s a compelling story told with grace and candor that left me wanting to book a flight to this little-known nation to see this collection with my own eyes.

The Desert of Forbidden Art releases in select theaters March 18.