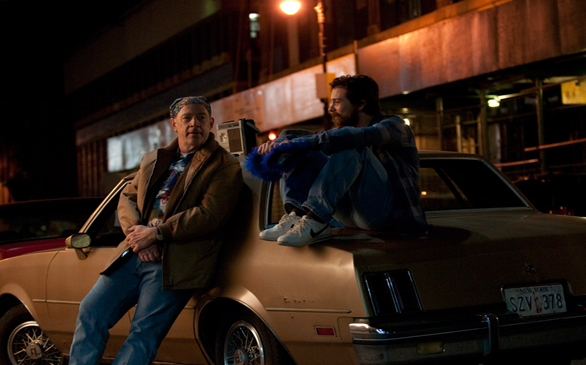 Music is an art form that all cultures form a connection with. It can make us feel good or bad, angry, naughty or simply nostalgic. When used well in film trailers, music can help us decide to invest time, money and even emotions into a picture. The Music Never Stopped has a great trailer, humorous and thoughtful with beautifully well-timed interludes of great ’60s rock.

The Music Never Stopped, based loosely on the case study “The Last Hippie” by Dr. Oliver Sacks, M.D. (whose earlier study “Awakenings” gave us the evocative 1990 Oscar-nominated film starring Robin Williams and Robert De Niro), is the story of Henry Sawyer, a hard-working and well-intentioned father, and his son, Gabriel, who is suffering the effects of a brain tumor that has traumatized his memory after 1968. The two were estranged when Gabriel ran away to New York, and two decades and a grapefruit-sized tumor later they can’t begin to understand each other. After a therapist discovers how music brings Gabe’s memory back, though, Henry begins a pilgrimage through the songs he once railed against, hoping to recreate old memories with Gabe and build new ones.

Somewhat disappointing is J.K. Simmons (Henry), who has become an, “Oh, I love that guy…” since appearing in Juno and the Spider-Man trilogy. He sleepwalks through his performance and sometimes you can’t tell which character is more detached from reality. Might be that Simmons has a tough time feigning disinterest in music that was celebrated when he was young, but his blank stares and confused headshakes never seem genuine. There are small moments where his humor and generous talent come out, including an emotional plea to take his son to a Grateful Dead concert so they can simply share a conversation, but they’re too few and far between.