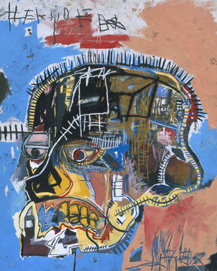 Los Angeles has always been thought of as the Cracked to New York's Mad Magazine when it comes to art. The Coke to their Pepsi. The 99 Cents Only Store to their Bloomingdale's. The City Beat to their Campus Circle. Called the entertainment capital of the world, L.A. seemingly knows more about E.T.'s Billy Bush than Italy's Hieronymus Bosch - ask most New Yorkers about the aesthetic scene in Los Angeles and they're oft likely to respond with a scoff, pretentious eye-roll or swift Manolo Blahnik kick to your cultural groin. However, with a tagline apt for our claim to fame, this summer, in a city full of Paris Hiltons, it's time to even the art score.

At the next pretentious eye-roll, remind your East Coast host that Los Angeles has more museums than any other city in the world. Point to the summer of '05 when - with the help of King Tut, Rembrandt and Basquiat - the City of Angels will become an art mecca for not just the country, but the world. For anyone who's ever lived in Los Angeles without visiting a museum, your time has come...