Agnostic Fron: My Life My Way 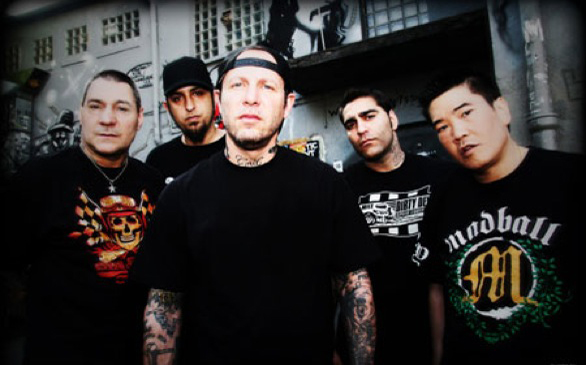 The hardcore punk – somewhat metal – band Agnostic Front has released a new album, and it’s sure to get pits all over the tour whipped up into a frenzy with its listing of songs. But the CD is unto itself a whole other ball game. The production on this album really pushes the guitars and they sound amazing: very solid and full and, finally, not too full of treble. Some of the arrangements become very reminiscent of late-’90s metal, which is fantastic.

The big issue with this CD lies in the vocals. The sound is almost too produced or clear. It comes off very goofy and not as tough as previous albums. With a band like this, you’d hope for something a bit stronger with the vocal quality, but it’s missing big time. Only on a few songs do the vocals get back to where they’ve been on previous albums.

A weak vocal sound and nothing truly new and amazing from Agnostic Front lands this CD with a C grade. The live show, on the other hand, is sure to be a different story, which is why this group has always made touring a primary part of who they are.

My Life My Way is currently available.