The Tourist, Skyline and More 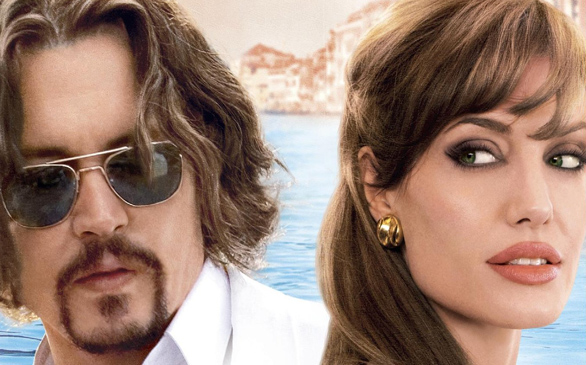 The Majors: Two of cinema’s hottest stars, Angelina Jolie and Johnny Depp, share the screen in the Hitchcockian espionage film The Tourist. Florian Henckel von Donnersmarck (The Lives of Others) directs the remake of the French original. Depp is a heartbroken American tourist in Italy who meets a mysterious woman (Jolie) on a train and soon finds himself embroiled in a deadly adventure.

Writer-director James L. Brooks (As Good as It Gets) returns to his familiar romantic dramedy territory in How Do You Know. Reese Witherspoon stars as a pro softball player who is cut from the U.S. team and finds herself torn between two very different men played by Owen Wilson and Paul Rudd.

Earth is in peril as massive alien ships hover over Los Angeles abducting people. A small group of holdouts (Eric Balfour, Donald Faison) try to survive in Skyline. The special effects team behind Avatar provides the eye candy in this sci-fi thriller.

Also available: indie sex comedy The People I’ve Slept With, The Little Engine That Could with the voices of Whoopi Goldberg and Jamie Lee Curtis

From the Vault: A long-unavailable crime classic, Joseph Losey’s The Prowler (1951) has all the usual noir elements: a will, an unhappy wife, an illicit affair, a murder; but throw in a sociopathic, stalker cop and you’ve got a strange, creepy thriller penned by one of the masters, Dalton Trumbo. James Ellroy and Bertrand Tavernier contribute to the special features.

Finally on DVD, Richard Lester’s How I Won the War stars John Lennon in his only major non-Beatles acting gig. Lester (A Hard Day’s Night) re-teams with Lennon for this WWII farce about a bumbling officer and his ragtag squad.

Women’s prison flicks were actually an entire genre in the 1970s. Two such grindhouse classics Jackson County Jail and Caged Heat! come to DVD in a Roger Corman double feature.

Twenty more hard-to-find MGM gems are now available from various online retailers through DVD-on-demand. Highlights include The Murder of Mary Phagan, a TV mini-series about political corruption starring Jack Lemmon, Queen of Hearts, a magical realist comedy about a family of Italian immigrants in England and The Black Sleep, a sci-fi precursor to Eyes Without a Face with Bela Lugosi and Lon Chaney.

Blu Notes: Rob Reiner brought Stephen King’s story The Body to the screen in Stand By Me (1986), starring a slew of young stars, including River Phoenix and Kiefer Sutherland. This fantastic coming-of-age drama follows a group of adolescent boys on their journey to find the body of a missing teenager.

In honor of its 10th anniversary, Andy Goldsworthy: Rivers and Tides comes remastered for Blu-ray. Culled from a year’s worth of footage, this beautiful and fascinating documentary follows artist Andy Goldsworthy as he crafts his unique art pieces using materials found in nature.