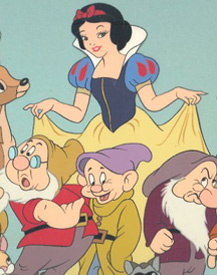 In 1937, the art of making a feature-length animated film was launched with Walt Disney’s Snow White and the Seven Dwarfs, which would go on to become both an audience classic and worldwide success. Even though technology has become more and more sophisticated since the theatrical release of Snow White– giving moviegoers computer-aided, animated films like Shrek and The Incredibles over the last few years– one thing remains the same: animation is an art, whether it comes from hand-drawn creations or digitally enhanced storyboards.

According to AMPAS, the presentation will highlight the evolution of animation and will examine the concept of the animator’s performer. Aside from a few key discussions, the program will also feature case studies and show various animated clips. Guests attending the discussion will also be able to attend the Academy’s adjacent gallery exhibition "Toon In: Animated Movie Posters from the Cudequest Family Collection," which showcases over 130 animated movie posters on display through Aug. 21.

The Samuel Goldwyn Theater is located at 8949 Wilshire Blvd., in Beverly Hills. Doors open at 6:30 p.m. Price: $5 for the general public, $3 for students with valid ID. For information on parking or upcoming programs, visit www.oscars.org.